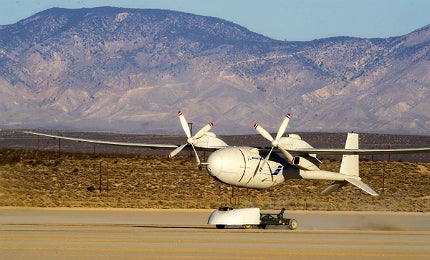 Personnel from the US Air Force’s 337th Test and Evaluation Squadron will be preparing to conduct operational testing on the first fully upgraded B-1B Lancer bomber aircraft, due to take place in late 2013.

The aircraft’s new datalink capabilities will be validated by a Link-16 network constructed by USAF personnel, with upgrades to the aircraft also including a central integrated test system and a vertical situation display upgrade.

Testing saw the hydrogen-powered demonstrator aircraft travel aboard its launching cart system, which reached speeds of up to 40k.

The Democratic People’s Republic of Korea sparked international condemnation by conducting a third underground nuclear test, with the state confirming the test at its Punggye-ri nuclear test facility.

The test follows North Korea’s successful launch of the Kwangmyongson-3 long-range rocket in December 2012, with the international community concerned that the state could launch a nuclear attack following the technology demonstration.

The test was decried as "deeply destabilising" by UN secretary-general Ban Ki-moon, while the South Korean Government increased its military alert level as a precautionary measure.

US House Committee to examine UAS integration into NAS

The US House Committee on Science, Space and Technology’s Subcommittee on Oversight announced its intention to examine the challenges of safely integrating unmanned aircraft systems into the National Airspace System.

US Congress had authorised the FAA Modernization and Reform Act of 2012 early last year to facilitate UAS integration into civilian airspace applications.

Lockheed Martin received an indefinite-delivery, indefinite quantity $6.9bn contract from the US Department of Defense to upgrade the USAF’s fleet of F-22 Raptor aircraft.

The F-22 has been dogged by concerns regarding pilot safety since being declared operational in December 2005, with the aircraft’s oxygen system blamed for hypoxia-like symptoms in pilots.