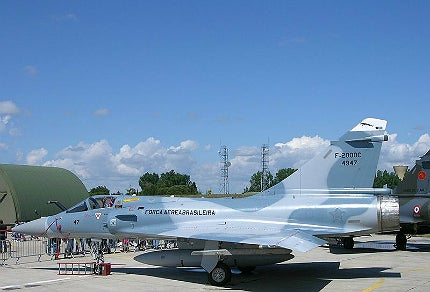 Carried out from Edwards Air Force Base in California, to Joint Base Pearl Harbor-Hickam, Hawaii, and back, the tests involved one C-17 trailing directly behind another to recapture energy that would otherwise be lost, which eventually reduces its fuel consumption.

Representing follow-on tests from the October 2012 test flights at Edwards AFB, the latest trials, featuring an actual operational mission, including night time flying sorties, assure the air force fuel savings of up to $10m a year.

Boeing and EADS are competing for South Korea’s F-X III fighter contract after submitting proposals at less than the programme’s estimated budget, unnamed government and industry officials have revealed.

The officials were quoted by Yonhap News Agency as saying that the third bidder, Lockheed Martin, had proposed a higher price than the country’s estimated KRW8.3tn ($7.43bn) budget, and was eliminated from the competition.

The country’s Defense Acquisition Program Administration (DAPA) also confirmed that the bidding process has ended and at least one proposal came in under its budgeted figure.

The US Air Force’s (USAF) 21st Space Wing is preparing to deactivate the Air Force Space Surveillance System (AFSSS) designed to track satellites and other orbiting objects, due to budget constraints caused by sequestration.

Scheduled to shut down by 1 October, the system’s equipment will not be removed until a final disposition decision is made by the Air Force Space Command (AFSPC).

The deactivation of AFSSS sites that are operated under contract by Five Rivers Services is expected to bring the air force approximately $14m in savings a year, starting in 2014.

The Brazilian Air Force (FAB) has reportedly decided to decommission its Mirage 2000 fighter aircraft fleet in late December, even as the decision on their replacement remains pending with the federal government.

Acquired from the French Air Force for $80m in July 2005, the 12 aircraft cannot be resold in the foreign market, and are expected to be temporarily replaced by six to 12 Embraer-upgraded US F-5M aircraft, Estado de Sao Paulo reports.

Originally designed to fly for five years, the second-hand aircraft, including ten C and two B variants, will continue operations until the end of their service life.

Shamanov was quoted by RIA Novosti as saying the combat operations of the 2020s to 2030s are certainly expected to demand a combat module featuring both airborne infantry fighting vehicle (IFV) and helicopter characteristics.

"We are thinking about developing a hybrid of a light combat vehicle and an attack helicopter with a crew of three to four people," Shamanov said.

The Israeli Air Force’s (IAF) Aerial Defense Division is currently setting up the first Iron Dome anti-rocket defence system battery for use by the reserve soldiers.

Representing the overall sixth battery in service with the IAF, the new battery is scheduled to constitute the basis of a full reserve battalion and will be used for operation of the Iron Dome system during emergencies, alongside other regular forces’ batteries in the future.