The hydrogen aircraft market is making significant investments in technology in recent times, with commercial players like Airbus and government funding benefitting a number of players. However, advancements in technology come with many challenges such as facilitating the use of hydrogen in commercial aircraft, and to improve its feasibility for long distances.

Listed below are the key technology trends impacting the hydrogen aircraft theme, as identified by GlobalData.

There is mainstream investment in the development of passenger aircraft for the commercial market, manufacturers including Airbus are working on the technology. Whilst the technology is mostly in the concept phase, steps are being taken to advance the specific technologies which will facilitate commercial use. The aim is to build hydrogen components that are advanced and cost-effective to increase the profitability of passenger aircraft.

Alongside studies of hydrogen aircraft there has also been expanding research into blended wing body aircraft. These planes have no separation between the wing and the body of the aircraft which provides aerodynamic and payload efficiencies as well as other benefits. This technology has the potential to consume less fuel thus increasing the aircraft range, as well as better integrating hydrogen fuel tanks. 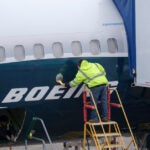 Uncategorised
FDI in aerospace in 2021: The state of play 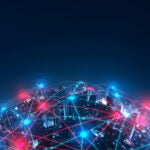 Hydrogen infrastructure expansion is being viewed as an upcoming trend in the next two years and beyond. This includes increasing capability for large-scale production and transportation. The use of hydrogen as an aviation fuel will require significant supply chain overhaul; it will require both increased capacity for hydrogen production, as well as supply lines for its transport. This will not be developed solely for aviation, while the increase in the global demand for hydrogen should make it easier for aviation to tap into that demand.

Research and development (R&D) will be directed towards the improvement of hydrogen powered fuel cells. The initial focus within the forecast period will likely be in hybrid-electric engines which partially use hydrogen, but as the technology develops this will shift to the exploration of fully hydrogen powered aircraft. Hydrogen fuel cells are bulkier than existing aviation fuel tanks and will be required to reduce their size effectively to integrate them into an aircraft.

A likely bridge between the current usage of kerosene and full hydrogen fuel uptake will be synfuels, which are produced from hydrogen and carbon. However, they are more costly and time consuming than producing hydrogen fuel. Despite their relative cost, the environmental benefits combined with the fact that they can be implemented without infrastructure overhaul implies that R&D is increasing, with cheaper renewable power aiding their development.

Electrolysis technology is relatively advanced, but most of the hydrogen is still mostly produced by using fossil fuels, with only 5% being produced through renewable energy. There has been a significant increase in electrolyser capability, with capacities increasing by over 100 times in the last 10 years.

The drive towards lower environmental impacts will focus on increased production of green hydrogen. As hydrogen produced from fossil fuels still causes carbon emissions, green hydrogen is seen as preferable. Ambitious climate targets by states will drive the uptake of more green fuels, while hydrogen produced via water electrolysis is expected to produce zero carbon emissions.