Nature of Disruption: Naso95 claims to protect against PM 2.5 aerosols, bacteria, viral infections, and pollen allergies for costs five times less than existing products. It makes use of Nanofiber technology, which can help with airflow rate and hence indicate low air resistance when breathing. It is BFE (Bacterial Filtration Efficiency) tested and gives 97.9% protection against pollutants, viruses, and bacteria as it cleans itself while exhaling. The wearable is white and biodegradable, with a use-and-throw design. It comes in a variety of sizes that stay in place over the nasal orifice, eliminating air leakage, spectacle fogging, and cheek warming. Naso95, according to the startup, is more protective than a generic facemask or a loosely fitted face mask, providing users with greater protection than a facemask even during pandemic times.

Outlook: Short-term health implications can be caused by air pollution, viruses and germs, fine particles from automobiles, air conditioners, and other industrial emissions. Particulate matter (PM 2.5, 10) and dust can cause serious respiratory problems in children, adults, and the elderly, with lung cancer remaining the most common cause. In metro centres, Naso95 can successfully address the problem of respiratory diseases. During the COVID-19 pandemic, this product can be especially useful in areas where people must remove their masks for identification. Children can also use the product to protect themselves from airborne diseases and pollution. Nanoclean has won the Startups National Award of the Year in 2017 and the Facebook India Startup Day Awards’ Building for the World Award in 2018. The startup has raised $600,000 in a pre-Series A funding round from investors including PitchRight Venture, LetsVenture, and AL Nour International Holdings in February 2019. It plans to use the fund to expand its business-to-consumer (B2C) offline business. 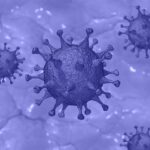 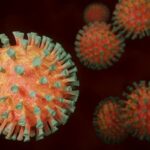