Concept: Texas-based biotechnology startup Colossal Biosciences (Colossal) has developed genetic engineering and de-extinction technology to genetically resurrect the woolly mammoth by combining its DNA with that of Asian elephants. It utilizes CRISPR/Cas, as well as other genome engineering technologies, to develop a feasible de-extinction model.

Nature of Disruption: Colossal intends to provide genetic toolkits and support DNA databases to help with endangered species restoration, diversity, and rewilding. It permits ex-vivo development, as well as thorough population-based sequencing and computer study of elephant and mammoth genomes, genome editing, and viral disease resistance. Their long-term goal is the successful restoration and rewilding of functional woolly mammoths in the tundra. CRISPR is a genetically modified biological technology that identifies and cuts a specific DNA sequence inside the nucleus. After the DNA has been cut, a laboratory-modified version of DNA is inserted, which reanneals the cut DNA by attaching it to a specific code. CRISPR leverages an enzyme called Cas9 to change genes in animal cells like those of an elephant or a Woolly Mammoth. A CRISPR-Cas9 complex uses a single CRISPR guide RNA to guide and recognize a specific DNA sequence, with the Cas9 protein cleaving the strands that are complementary to the CRISPR sequence. This enables for reinsertion of laboratory-generated DNA.

Outlook: Colossal aims to make the path to de-extinction and species preservation a reality by using cutting-edge genetic techniques to bring the earth one step closer to reversing the downward trend of ecological degradation and enormous loss of biodiversity. Its reproductive technologies can not only aid promote the reintroduction of mammoth-elephant hybrids into the Arctic, but they can also benefit all mammals and allow for a better understanding of evolutionary change in a variety of critical species. This genetic engineering application goes beyond animals, with the potential to improve human health, increase food production, reduce environmental impact, and improve animal health and welfare. In March 2022, Colossal raised $60M in Series A funding led by At One Ventures. It intends to use the funds to speed the development of genetic tools and technologies, such as software, wetware, and artificial wombs to promote species preservation and restoration, as well as human genetic technology. 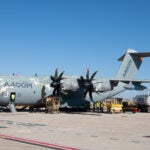 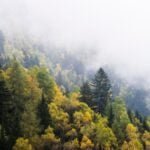