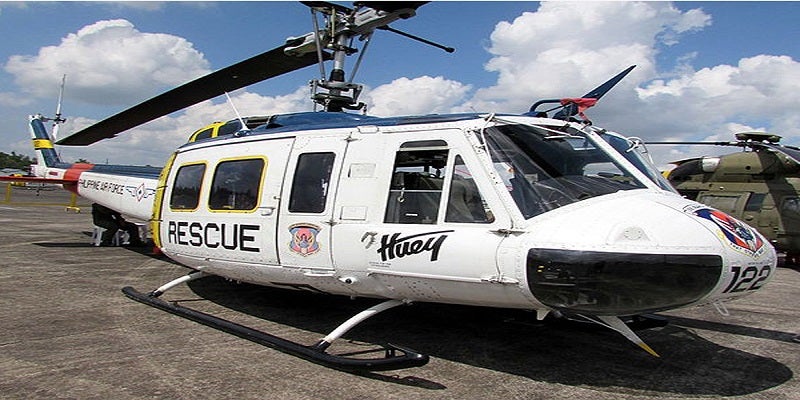 Huey II is an upgraded version of Bell UH-1H multimission, medium-lift helicopter, designed and manufactured by Bell Helicopter, a subsidiary of Textron. The upgrade is intended to provide improved performance over the standard version.

The helicopter can be configured for a variety of missions, including troop transport, cargo, search-and-rescue, special operations, disaster response and firefighting.

The UH-1H Huey II modernised helicopters are used by a number of armed forces worldwide.

The helicopter has a two-blade, semi-rigid main rotor and a two-blade tail rotor. It is also equipped with a new skid type landing gear.

It has an empty weight of 2,552kg and cargo hook capacity of 2,268kg, and can carry a useful load of 2,210kg. The internal and external maximum gross weights are 4,763kg and 5,080kg respectively. The cabin has a volume of 6.2m³ and its interior can be configured according to the mission requirements.

The Huey II is operated by one or two pilots and can accommodate up to 14 personnel. The crew section is equipped with jettisonable doors and new wide windscreens. The wide sliding doors of the cabin facilitate easy loading and unloading of cargo. Four large windows fitted to the cabin offer improved visibility.

The large, flat cabin floor area can be reconfigured with multiple structural assemblies and hard points to provide multi-role flexibility. The helicopter can be provided with three-place litter, high-skid gear, cargo hook, hoisting and armour solutions.

The multi-mission Huey II platform is powered by a Honeywell T53-L-703 turboshaft engine, which generates a take-off power of 1,342kW. It is installed with AC and DC power distribution systems. Standard fuel capacity of the helicopter is 799l and an auxiliary fuel of 568l can be carried optionally to increase the helicopter’s range.

“The helicopter can be configured for a variety of missions.”

The modified helicopter has a never-exceed speed of 206km/h, a maximum cruise speed of 196km/h and a range of 455km. Its service ceiling is 4,940m and its IGE and OGE hover ceilings are 3,839m and 1,626m respectively. The helicopter can stay in air for up to 156 minutes.

The Kazakhstan Armed Forces took delivery of its third UH-1H Huey II utility helicopter from the US in April 2016.

The US Department of Defense awarded a $34.54m foreign military sales (FMS) contract to Bell Helicopter to supply five Huey II helicopters to Uganda by the end of 2017.

The Kenya Air Force took delivery of six Huey II helicopters from the US Government in November 2016.