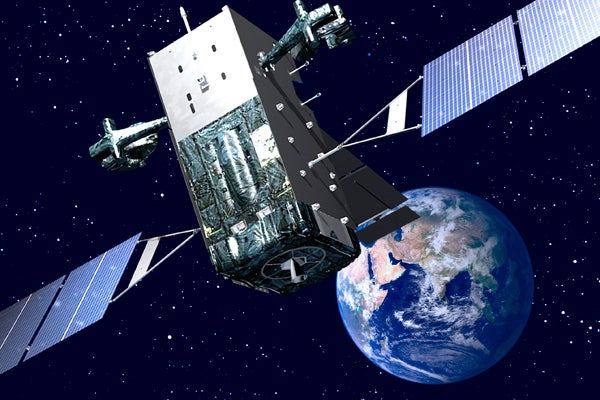 Details of the SBIRS satellites and payloads

Lockheed Martin received a $1.5bn contract from the USAF for the HEO-3 payload, GEO-3 satellite and ground modifications in June 2009. The USAF awarded a $262.5m down payment to Lockheed Martin for the fourth SBIRS GEO satellite in July 2009.

Lockheed Martin secured an $82m contract in October 2012 to commence work on the fifth and sixth GEO satellites. It received $284.4m for procuring long lead parts of the GEO-5 and GEO-6 satellites in March 2013.

Payloads attached to the SBIRS

The HEO payloads are hosted in Molniya orbit to assist theatre surveillance missions. The satellite is equipped with roughly 1,000lb of infrared sensors, a Schmidt camera, and agile precision pointing and control. The scanning sensor performs observation and surveillance of intercontinental ballistic missile targets, while the staring sensor detects the low signature, short-burn time theatre missiles.

The payloads are also equipped with spacecraft subsystems and a pointing and control assembly (PCA). Data captured by the payload systems is transmitted to the mission control station at a rate of 100Mbp.

The first HEO payload (HEO-1) was delivered in August 2004 and placed into orbit in November 2006. It received certification from the US Strategic Command (USSTRATCOM) to operate in the Strategic and Theatre MW missions in December 2008.

The second HEO payload (HEO-2) was delivered in September 2005 and reached its orbit in June 2008. The payload was operationally certified by the USSTRATCOM in August 2009. The HEO-3 was delivered to the USAF in July 2013 and launched into orbit in 2014.

History of the SBIRS satellite systems and key players involved

The SBIRS was initiated by the US Department of Defense (DoD) in 1996 and was initially planned to include high and low orbiting space-based equipment and ground processing segments. The DoD transferred SBIRS Low to the Missile Defence Agency and renamed it as the space tracking and surveillance system (STSS) in 2001, while SBIRS High was certified for operations in December 2001 and is now known simply as SBIRS.

Lockheed Martin, the prime contractor for the SBIRS satellite system, is responsible for the construction and maintenance of the system. It also performs programme management, systems engineering and spacecraft development. The ground systems are developed by Lockheed Martin Information Systems and Global Services.

As the subcontractor for the SBIRS satellite system, Northrop Grumman Electronic Systems provides payload integration and supports the development of ground mission processing and systems engineering.