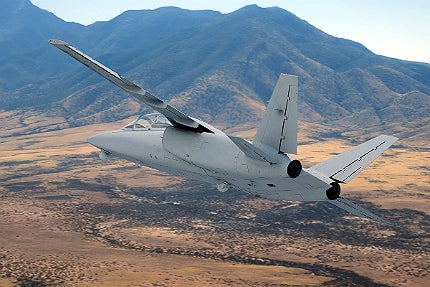 The Scorpion Intelligence, Surveillance and Reconnaissance (ISR) / Strike aircraft is being developed by Textron AirLand, a joint venture between Textron and AirLand Enterprises.

"The aircraft will allow the allied nations to conduct their own security missions as well as joint operations."

The development of the Scorpion aircraft was commenced in January 2012, with the objective of producing the most economical jet-powered light attack aircraft in the world.

The first prototype was unveiled during the Air Force Association Air & Space Conference and Technology Exposition in September 2013. The first flight was conducted at the McConnell Air Force Base in Kansas in December 2013.

Scorpion made its international debut at the Royal International Air Tattoo in July 2014. It participated in a Northern Command and Kansas National Guard training exercise called Vigilant Guard 2014. It accumulated 225 hours of flight by October 2014 and is expected to enter production phase in 2015.

"The Scorpion ISR / Strike aircraft can be armed with a range of scaled munitions."

The aircraft is designed to integrate globally-available commercial components for reducing the total cost of ownership. The modular architecture of the aircraft allows for future integration of various sensors and weapon systems with reduced integration costs.

The internal payload bay is designed to deliver critical operational flexibility, by quickly accepting new payloads for different operational requirements. It can house various modules of sensors, fuel and communications in desirable combination to achieve high performance during a wide range of missions.

Weapon systems, sensors and radars on the Scorpion aircraft

The Scorpion ISR / Strike aircraft can be armed with a range of scaled munitions for indulgent military and homeland security environments.

The aircraft can carry an array of weapons systems on its external hard points under the wings. Three under-wing hard points on either side of the fuselage can hold precision guided munitions (PGMs) and general purpose munitions.

The Scorpion can be integrated with a variety of sensors, electro-optical / infrared devices and communication packages to perform various missions.

"The aircraft is designed to integrate globally-available commercial components for reducing the total cost of ownership."

The Scorpion is powered by two Honeywell TFE731-40AR-3S turbofan engines, each developing a thrust of approximately 4,000lbf (18kN).

The engines are controlled by a digital electronic engine control system. The electrical and hydraulic systems are powered by the accessories mounted above the engine gearbox.

The aircraft has the capacity to carry a fuel load of 2,721kg. The engines burn Jet-A, JP-5 and JP-8 jet fuels.

The aircraft can fly at a maximum speed of 450KTAS. The certified service ceiling is 45,000ft. The aircraft will have a ferry range of 2,400nmi. It will be able to remain on-station for more than five hours.

The Mi-35M is a multi-role combat helicopter manufactured by Rostvertol, a subsidiary of Russian Helicopters.