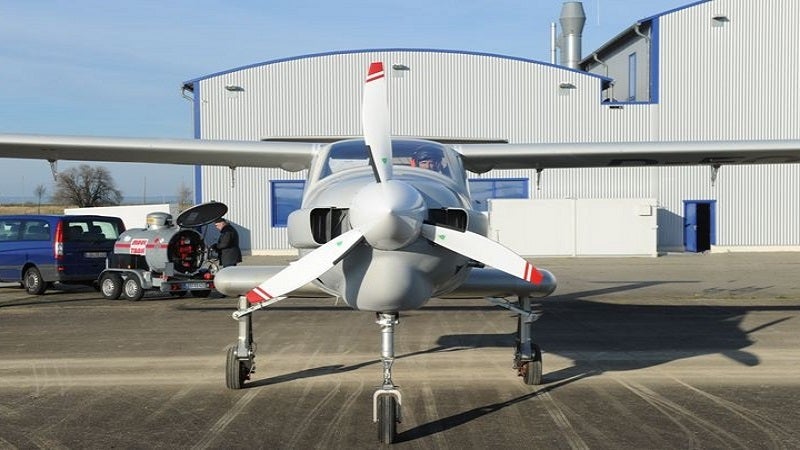 A prototype of Q01 MALE (medium-altitude, long endurance) optionally-piloted aircraft was introduced at the ILA Berlin Air Show 2016 held in June 2016. It is a joint development programme between Germany and Qatar.

The Q01 is designed and being developed by Reiner Stemme Utility Air Systems (RS-UAS), primarily for the Qatar Armed Forces.

The aircraft is intended for a variety of missions, including intelligence, surveillance, reconnaissance, monitoring, research and border protection.

Development of the Q01 aircraft was initiated at the Schönefelder Kreuz Aerospace Technology Centre (ZLR) in Wildau in 2014. A prototype of the aircraft made its first flight in November 2015 and is undergoing tests at the airfield in Schönhagen.

The aircraft is expected to receive a CS23 single-engine IFR certification by the European Aviation Safety Agency (EASA) in 2017, following which mass production will begin at Schönhagen and Wildau facilities.

The State of Qatar has signed a memorandum of understanding with Reiner Stemme Utility Air-Systems for the manufacture and delivery of Q01-100 model aircraft at a cost of $100.25m. The deal was signed during the DIMDEX 2016 (Doha International Maritime Defence Exhibition and Conference) that was held in March 2016.

The aircraft will be delivered to the Qatar Armed Forces in the second quarter of 2017, and are intended primarily for airborne surveillance and maritime border control missions. They are also suited for drug interdiction and anti-smuggling operations.

The wings have a span of 20m and deliver improved aerodynamic performance. The tri-cycle landing gear, consisting of two main gears and one nose gear, enables safe take-off and landing.

The empty and maximum take-off weights of the aircraft are 1,553kg and 2,750kg respectively. The Q01 can carry payloads of 960kg, including 600kg internally in fuselage and 360kg on underwing stations. Two 256kg fuel tanks are carried in the inner wing.

The aircraft can be operated in both manned and unmanned modes. In manned configuration, the operation and control are performed by three crew members onboard using a High-Order-Command autopilot. The unmanned flight is assisted by a mobile ground control station.

The airborne platform can be equipped with a variety of radars and sensors depending on specific operational needs.

"The Q01 is designed and being developed by Reiner Stemme Utility Air Systems (RS-UAS), primarily for the Qatar Armed Forces."

Located underneath the fuselage, the EO/IR sensor and radars are used to collect intelligence data in both day and night conditions.

Propulsion and performance of Q01 aircraft