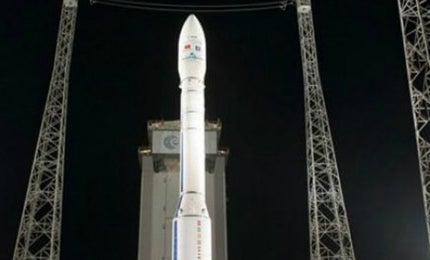 PeruSat-1 is a very high-resolution Earth observation satellite system built for the government of Peru. The satellite is first of its kind operated by Peru and was launched into Sun-synchronous orbit in September 2016.

The Göktürk-1 reconnaissance and Earth observation satellite is being built for the Turkish Ministry of National Defence.

Airbus Defence and Space signed a launch service contract with Arianespace for the launch of PeruSat-1 spacecraft by the European space launcher Vega from Guiana Space Centre (Spaceport) in Kourou, French Guiana, in March 2015.

Under the PeruSat-1 programme, Airbus Defence and Space also offers training for Peruvian engineers and technicians on the advanced instruction in space technologies, satellite operation, development of appropriate imaging applications, and other technologies. The company downloads information and images from its fleet of optical and radar satellites and supply them to Peru.

Based on the AstroBus-S bus platform, the PeruSat-1 spacecraft has a launch weight of up to 450kg. It incorporates latest technologies developed by Airbus Defence and Space, including a very high-resolution new astrosat optical modular instrument (NAOMI) silicon carbide (SiC) optical instrument and structures, integrated focal planes, multiple-line detectors, and ultra-compact optical configurations.

The satellite is equipped with solar cells and batteries and provides panchromatic images with 1m resolution and 2m images in four wavelength bands.

Airbus Defence and Space established a ground segment in a space centre in Peru, for the control of satellite operations. The ground segment receives and processes imagery and data collected by the spacecraft.

The Vega lightweight rocket launcher measures approximately 30m-long and 3m in diameter, and has a typical lift-off mass of 137t. It is capable of carrying 1,500kg of payloads into circular polar orbit at an altitude of 700km.