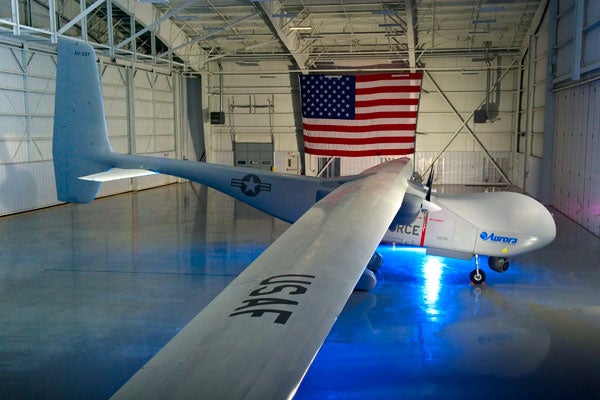 The Orion UAS was unveiled in November 2010 and performed its maiden flight for three hours and thirty one minutes in August 2013. It flew at a maximum altitude of 8,000ft above mean sea level during the flight.

Development of the Orion UAS

The airframe design, assembly and integration of the UAS were carried out at the Aurora Flight Sciences of Mississippi (AMS) manufacturing plant in Columbus, Mississippi. The limit load test on the wing of the Orion UAS was performed in March 2009.

The unmanned air vehicle has a wingspan of 132ft, and consists of commercial off-the-shelf (COTS) components and universal ground control station (UGCS) interface.

The UAS supports concept of operations (CONOPs) from remote areas for multiple intelligence operations. It also creates situational awareness to provide direct support to the troops. It can perform highly autonomous operations and automated on-board processing of the data. The gross take-off weight of the UAS is 11,200lb, whereas the useful payload weight is 2,600lb.

Payloads of the Orion UAS

The Orion UAS features flexible, open architecture payload provisions for conducting missions in unreachable areas of oceans and areas without infrastructure facilities such as runways and air fields.

Aurora Flight Sciences formed a strategic alliance with AAI Unmanned Aircraft Systems in October 2011, for the integration of Universal Ground Control Station (UGCS) and other ground control technologies into the Orion UAS.

Engine and performance of the Orion UAS

The Orion UAS is powered by dual FAA-certified heavy-fuel engines. The aircraft is designed to carry payloads weighing up to 2,600lb and can endure up to five days with a payload of 1,000lb. The service ceiling of the UAS is 30,000ft.

The maximum and cruise speeds of the Orion are 120kt and 85kt respectively. The UAS has a maximum range of 15,000 miles. The mission radius is 4,000 miles with 24 hours on-station.