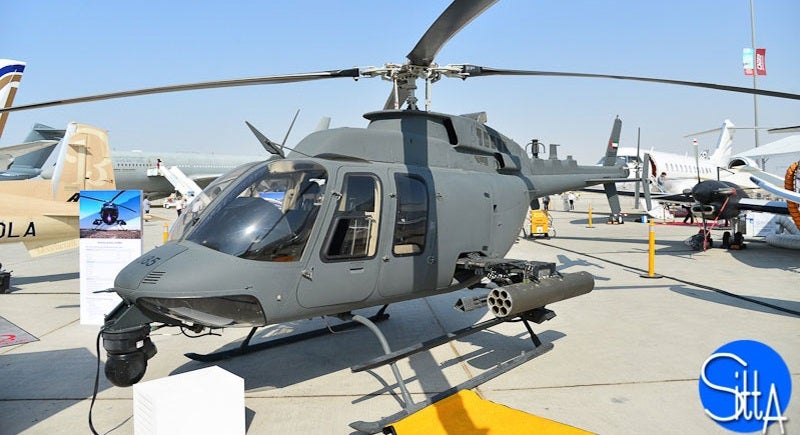 The MRH variant is intended for use by government and military authorities in missions such as light attack, close-air support, intelligence, surveillance and reconnaissance (ISR) / airborne ISR (AISR), utility, cargo, and passenger transport.

In 2011, NorthStar ordered a total of 56 Bell 407GX helicopters from Bell Helicopter, a subsidiary of Textron, for conversion into MRH version. NorthStar took delivery of the 48th Bell 407GX at Dubai Air Show in November 2015. The unit cost of the NSA 407MRH is estimated to be $9m. The UAE Armed Forces ordered 30 retrofitted MRH helicopters, to be delivered through 2016.

NorthStar signed an agreement with Control and Applications Emirates (CAE) to develop a training solution for the multi-role helicoptervariant in February 2015.

The rotorcraft is operated by a single pilot and its spacious cabin can be configured to meet different mission needs.

The Garmin G1000H integrated flight deck provides the operator with navigation and positioning data, flight characteristics, as well as identification and communications information.

The advanced lightweight weapons integration platform (ALWiP) allows for mounting of a variety of weapons on removable outboard weapon stores in up to four locations, two on each side.

The weaponry include AGM 114 Hellfire air-to-surface missiles, M134 7.62mm mini gun, GAU-19 0.50 calibre machine gun and Hydra 70 rockets, which are carried in a seven-shot rocket pod. The M134 gun and Hellfire missiles are used for light attack missions, while the close-air support operations are supported by Hydra 70 rocket, GAU-19 and M134 guns.

The base version has a maximum cruise speed of 246km/h and a never-exceed speed of 260km/h, and can operate over a range of up to 620km. Its maximum flight time is four hours and the service ceiling is 5,733m.

This project forms part of our recent analysis and forecasts of the global Military Rotorcraft market available from our business information platform Strategic Defence Intelligence. For more information click here or contact us: EMEA: +44 20 7936 6783; Americas: +1 415 439 4914; Asia Pacific: +61 2 9947 9709 or via email.