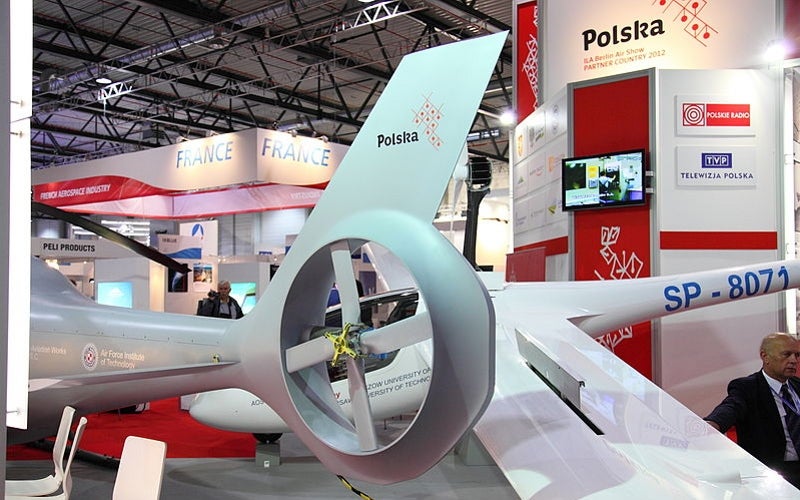 The ILX-27 unmanned helicopter is intended for military, civil and special operations forces. It is indigenously developed by a consortium comprised of Institute of Aviation in Warsaw, the Military Aviation Works No. 1, and Polish scientific and research organisation Air Force Institute of Technology (AFIT).

The rotorcraft was first unveiled at the Berlin Airshow ILA 2012 and its first prototype underwent a series of flight tests conducted by the National Centre for Research and Development (NCRD) in remote-control mode of operation in September 2012.

A prototype was exhibited during the Helicopter Expo and Conference (Helitech Expo) held in London, UK, in October 2013 as well as in the Balt-Military-Expo held in June 2014. It also took part in the 23rd International Defence Industry Exhibition (MSPO) held in September 2015 in Poland.

The ILX-27 helicopter can be used by the armed forces in missions such as search-and-rescue, aerial reconnaissance, evacuation of soldiers and their equipment from areas at risk, and transportation of precision weapons, military equipment, ammunition and medical supplies to the combat areas.

The ILX-27 unmanned rotorcraft features modular design and lightweight structure, and is built using composite materials. It has a three-bladed main rotor and a shrouded tail rotor with five blades. It is fitted with a skid type landing gear, which can sustain landing with g-forces of 5g and meet energy absorption requirements.

The main rotor blades, made from carbon and composite materials, allow the helicopter to perform missions at low altitudes as well as in different aerodynamic conditions. A vertical stabiliser, placed at the leading edge of the tail rotor, provides directional stability.

The total length of the ILX-27 is 7.74m and the height is 2.73m. With a maximum take-off weight of 1,100kg, the unmanned helicopter is capable of carrying payloads weighing up to 300kg. The vertical take-off and landing (VTOL) capability enables the rotorcraft to take-off and land vertically from unprepared areas.

The ILX-27 air vehicle can be equipped with a payload pod under the nose for carriage of a variety of optical and advanced observation sensors as well as electronic systems.

"The unmanned helicopter is capable of carrying out missions in difficult terrain conditions such as urban areas, mountains and areas threatened by enemy fire."

The rotorcraft has the ability to operate in remote and / or an autonomous mode while performing missions. In the remote-control mode, it is controlled by its operator from the ground control station.

Propulsion and performance of ILX-27

The unmanned helicopter is capable of carrying out missions in difficult terrain conditions such as urban areas, mountains and areas threatened by enemy fire.

ShadowAir
ShadowAir LTD, based in Boulder, Colorado, US, is a provider...