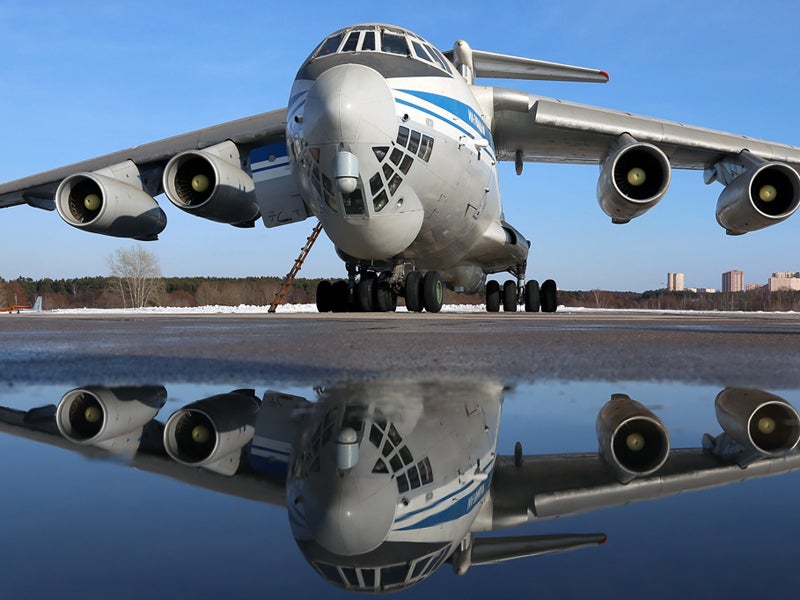 The upgrade project was initiated by Ilyushin Aviation Complex in compliance with performance specifications defined by the Russian Air Force for modernisation of the existing fleet of Il-76M and Il-76MD heavy military transport aircraft.

Myasishchev Design Bureau was also involved in the preparation of design documentation for the project. The upgrade works were carried out at Ilyushin’s production facilities in Zhukovsky.

The factory ground and flight tests of the first modernised aircraft commenced in the first half of 2016 and the aircraft successfully passed ten flight tests by June 2016. The flight tests were carried out jointly by crew from Ilyushin and Chkalov State Flight Test Centre of the Russian Ministry of Defence.

The modernisation project increases the designed service life of the aircraft from 30 to 40 years.

The upgraded aircraft incorporates a new electro-optical targeting system in a rotating spherical turret. The system allows the crew to observe the area to discontinuation of assault and various terrestrial objects in the visible and infrared region of the spectrum.

The aircraft is also equipped with a new piloting-navigation complex, new communications equipment, and a new defence complex.

The aircraft integrates a weather radar mounted inside the apex of the forward fuselage, in front of the cab navigator and navigation radar on the belly of the bow hull under the cabin navigator. The airlifter also boasts new instrumentation, radio equipment, lighting equipment and defence aids.

The air-proof freight compartment and loading ramp aboard the aircraft allow convenient loading and unloading operations and parachuting of troops and cargo. The compartment can be installed with three passenger modules, which resemble standard freight containers.

The aircraft is equipped with a cargo dropping system for parachute missions and landing of troops, military equipment, cargoes, fuel and containers.

The aircraft has a robust wing-flap system, and bogie landing gear equipped with a highly efficient brake system allowing for take-off and landing operations on unpaved airstrips.