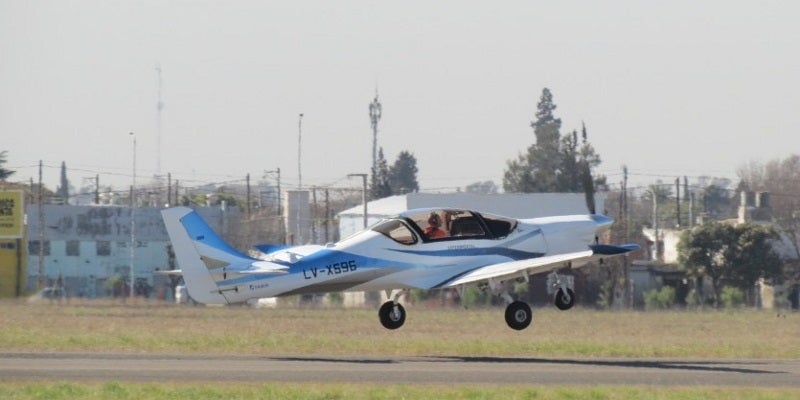 The IA-100 trainer was unveiled for the first time at FIDAE air show in Chile in March 2016. FAdeA successfully conducted the first test flight of the IA-100 technology demonstrator in August 2016. The aircraft was flown for 58 minutes at a maximum height of 5,000ft during the test flight. It is also expected to obtain FAR part-23 certification from the Federal Aviation Administration (FAA).

FAdeA initiated the development of the IA-100 project in late-2014. The project is aimed at developing an indigenous two-seater trainer aircraft for the Armed Forces of the Argentine Republic. The first prototype was produced in less than 12 months. The aircraft is being produced in Argentina to reduce Argentina’s reliance on imports of trainer aircraft.

"The IA-100 trainer was unveiled for the first time at FIDAE air show in Chile in March 2016."

The aircraft is intended to become a low-cost alternative for the replacement of ageing civilian aircraft in its class such as Cessna C-172, Piper Tomahawk and other aircraft as the maintenance and repair of the fleet tends to be costlier than buying IA-100 aircraft. The demand for an indigenous trainer of relatively low cost created a clear opportunity for FAdeA and the entire domestic aviation industry.

The FAdeA is the designer of the fuselage and vertical tail assembly. It is also responsible for studying the aerodynamics and other physical parameters of the IA-100 trainer. AeroPAC is responsible for the supply of landing gear braking system and engine mount.

AyD Aviation is the designer of the flight control and fuel systems, while electrical, mechanical and electronic systems are being delivered by Redimec.

The IA-100 trainer integrates low-wing monoplane design and its fuselage is made of composite material. The military variant of IA-100 will feature a retractable landing gear, whereas the civilian version will be fitted with fixed landing gear.

The aircraft has a length of 7.5m, wingspan of approximately 10m and a height of 2.4m. The empty weight of the aircraft is 637kg and its maximum take-off weight is 950kg.

The cockpit is covered by a glass canopy, which offers all-round visibility. It houses a side-by-side seating layout to accommodate a student and an instructor.

), whereas the stall speeds with and without flaps are 50KTAS and 55KTAS respectively. The IA-100 has a rate of climb of 365m/min and can reach a maximum altitude of 5,486m.

The basic trainer offers an autonomous flight endurance of three hours, which allows the operators to conduct two back-to-back training missions within an hour without the need for refuelling.