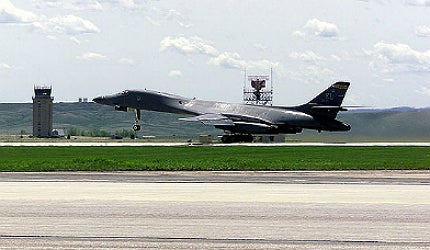 Ellsworth Air Force Base (IATA code: RCA) is situated 16km north-east of Rapid City in South Dakota, US. The base is owned by the United States Air Force (USAF) and operated by the Air Combat Command (ACC). Approximately 7,490 military personnel reside at the base.

The base was chosen as the new ground control station by the USAF in May 2010 for training pilots on the MQ-9 Reaper drone, which is expected to fly in 2012.

Background of the United States Air Force’s South Dakota base

Ellsworth base was built in January 1942 under the designation Rapid City Army Air Base (RCAAB) to train pilots on B-17 Flying Fortress aircraft. It began operations under the control of Second Air Force (2 AF) in July 1942. Base control was transferred to the Continental Air Force (CAF) in October 1945. The CAF was renamed as Strategic Air Command (SAC) in March 1946.

The RCAAB was renamed as Rapid City Army Air Field in September 1946. It was finally renamed as Ellsworth Air Force Base in June 1953, in the honour of Brigadier General Richard E. Ellsworth who died in March 1953 during a routine exercise in Europe.

The base became home to space related infrastructure in October 1960. Three Titan I intercontinental ballistic missile (ICBM) launch complexes were built in 1962. Titan I missiles were demobilised in March 1965. An upgraded version, the LGM-30F Minuteman II missile, was activated at the base in October 1971.

The control of the base was transferred from SAC to the ACC in June 1992. The entire missile complex was inactivated in April 1994.

Construction of facilities at Ellsworth AFB

"The RCA serves as the headquarters for the 28th Bomb Wing (28 BW) which can carry out bombing operations using B-1B Lancer bombers."

Construction of the runway, quarters and offices at the base were completed in October 1942. Five hangars were constructed in 1942. Three bituminous runways paved with concrete were built in 1943 to operate heavy bomber units. The construction of additional concrete areas, structures and roads was finished in September 1945.

Major facilities were modernised in 1948 to accommodate B-29 Superfortress aircraft. The medical facility was built in May 1956.

A 54,000 square feet civil engineering administrative facility was built by Sampson Construction in June 2010. It is a two-storey steel structure which houses command and office centre. It was accredited with LEED Silver Certification by the US Green Building Council in August 2011.

Beale Air Force Base (IATA code: BAB) is situated 13km east of Marysville in California, US.

The RCA serves as the headquarters for the 28th Bomb Wing (28 BW) which can carry out bombing operations using B-1B Lancer bombers.

Runway and control tower at South Dakota’s Ellsworth base 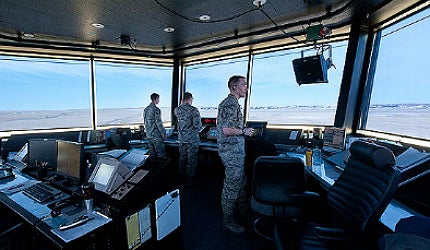 The control tower at the base was built in September 1942.

"Approximately 7,490 military personnel reside at the base."

The Ellsworth base features a single, 4,114m long runway surfaced with concrete. The runway is compatible for aircraft including the B-1B Lancer, B-52 Stratofortress, B-17 Flying Fortress, P-61 Black Widow, P-38 Lightning, P-51 Mustang, B-25 Mitchell aircraft, B-29 Superfortress, B-36 Peacemaker and KC-135 Stratotanker.

The control tower at the base was built in September 1942. An unprecedented digital radar facility worth $7.8m was opened in August 2008 to combine the radar air traffic services at the Ellsworth base with those of Minot Air Force Base and Rapid City Regional Airport.

Other facilities at the USAF’s air force base

The RCA has education, temporary lodging, accommodation, child care and medical care facilities. It boasts 2,084 military family housing units, of which 1,881 are allotted for non commissioned officers and the remaining 203 units are earmarked for special officers.