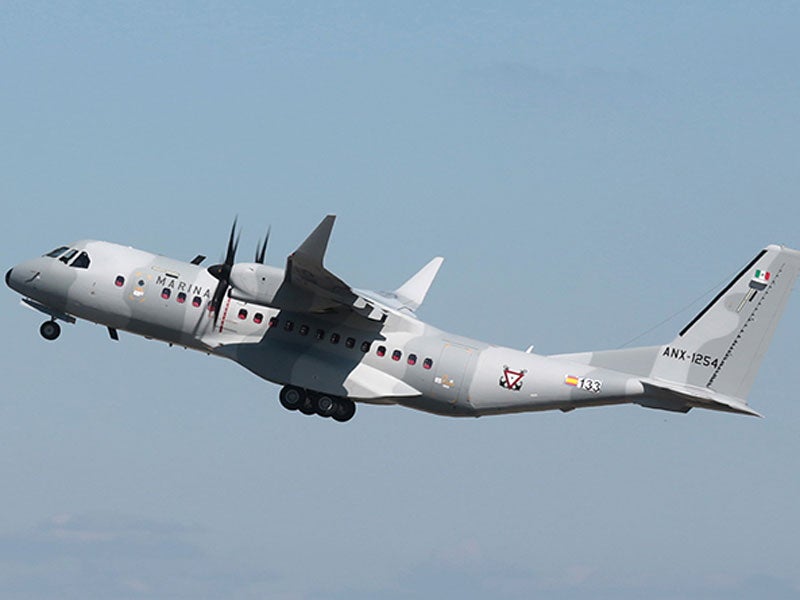 C295W, the latest variant of C295 military transport aircraft, is being manufactured by Airbus Defence and Space. The new aircraft is equipped with winglets and uprated engines to deliver improved performance than its predecessor.

Mexican Navy (Semar) is the launch customer for the new C295W aircraft.

Bangladesh placed a contract with Airbus Defence and Space in October for a C295W medium airlifter, along with a customer support and training package. The aircraft will be delivered to the Bangladesh Army Aviation in the second half of 2017.

Airbus Defence and Space also received a contract from the Mali Air Force for a C295W transport and mission aircraft in February.

Delivery of the same is scheduled to take place in the second half of this year.

The Ministry of Interior of Saudi Arabia placed an order with Airbus Defence and Space for four C295W aircraft in June 2015.

Design and features of the C295 variant

The C295W aircraft features a robust airframe integrating an optimised cabin and redundant systems. The medium-sized aircraft can operate either as a single transport fleet or complement heavy airlifters and transport helicopters. The new wing design with winglets allows for the carriage of more payload to long distances and ensures the aircraft to achieve 4% fuel savings.

The C295W features unobstructed cabin to carry up to 71 troops or up to 9t of cargo. The aircraft can accommodate up to five 88in x108in standard HCU-6E pallets, which can be off-loaded through its rear ramp door.

The aircraft is also equipped with fully integrated tactical system (FITS), which coordinates the data from the mission sensors to enhance mission awareness and support decision making.

In July, Airbus Defence and Space and Roketsan Missiles Industries signed a memorandum of understanding (MOU) to integrate a range of weapon systems on the Airbus C295W aircraft.

"The new aircraft is equipped with winglets and uprated engines to deliver improved performance than its predecessor."

The under-wing stations of the aircraft can be fitted with CIRIT 70mm laser-guided missile, LUMTAS laser-guided, long-range anti-tank missile, and TEBER laser-guided bomb.

The C295W can fly at a maximum cruise speed of 480km/h and can reach a maximum altitude of 25,000ft. Its low-level flight characteristics allow flying at a minimum speed of 110kt. The aircraft is equipped with a retractable tri-cycle landing gear, which enables operations even in the most austere locations with short, soft and rough unprepared airstrips.