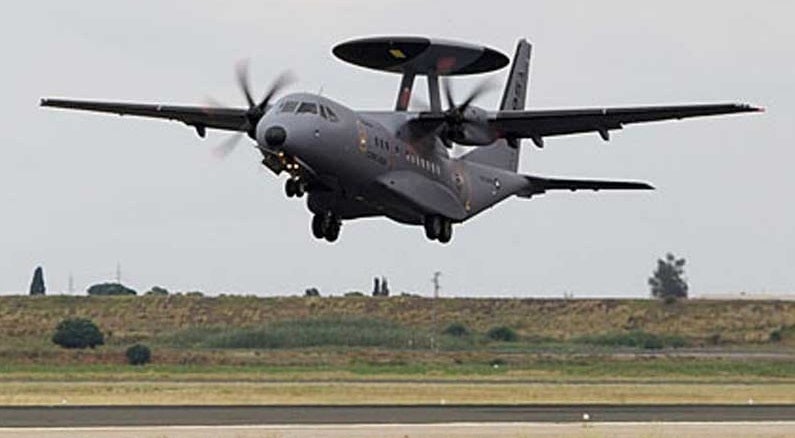 The C295 Airborne Early Warning and Control (AEW&C) aircraft is based on the C295 versatile tactical transport aircraft produced by Airbus Defence and Space.

The first C295 AEW&C prototype successfully made its first flight in June 2011. Airbus Military and Israel Aerospace Industries (IAI) signed a memorandum of understanding (MoU) in the same month that year to jointly develop and market the aircraft.

The Vietnamese Air Force is anticipated to be the launch customer for the C295 AEW&C aircraft in 2016.

The aircraft incorporates a strong airframe integrating generic systems with fewer components, ensuring low maintenance and operating costs. The fully-integrated tactical system (FITS) aboard the aircraft allows for the integration of onboard sensors.

The C295 variants are currently being offered with standard winglets to deliver high efficiency in hot and high conditions.

The highly-integrated avionics system of the C295 AEW&C is based on the Thales TopDeck avionics suite. The open architecture allows for the use of civil or military equipment for multiple missions and supports the integration of future equipment.

The autopilot and flight director system comply with FAR-25 requirements for instrument landing system (ILS) Cat I and Cat II approaches and GPS non-precision approaches for automatic or manual missions.

The fourth-generation active electronically scanned array (AESA) radar from IAI/ELTA is the primary sensor of the aircraft. The AESA radar is integrated with identification friend-or-foe (IFF) system and is carried by a fast-rotating rotodome mounted on top of the fuselage.

The aircraft offers 360º surveillance for developing a real-time aerial and marine situation picture and electronic order of battle (EOB). It detects far-off air targets and low-flying aircraft involved in illegal activities. The real-time information can be shared with coalition forces through network-centric data links. Four workstations along with a dedicated rest area aboard the aircraft support lengthy missions.

"The Vietnamese Air Force is anticipated to be the launch customer for the C295 AEW&C aircraft in 2016."

The C295 AEW&C aircraft is equipped with two Pratt & Whitney Canada PW127G turboprop engines. One of the engines is installed with a propeller brake to halt the propeller when the aircraft is on ground. The engine gas generator operates in APU mode to supply electrical power and bleed air for the aircraft systems. The propeller brake system functions as a conventional onboard APU, providing cost and weight savings.

The strong retractable landing gear fitted to the aircraft allows operations in the most austere locations with the toughest conditions for take-off and landings.

The aircraft has short take-off and landing (STOL) capability, and can operate from short (no longer than 670m), soft and rough unprepared airstrips.

The aircraft can fly at a maximum cruise speed of 260k and cruise at altitudes up to 25,000ft. The low-level flight characteristics allow flight at speeds down to 110k.

The C295 offers superior manoeuvrability, hot and high performance, and low fuel consumption. It provides a very long airborne endurance of up to 11 hours.