Expand
The Arrow 3 missile defence system can intercept ballistic missiles outside the earth's atmosphere. Credit: IAI.
Arrow 3 is pivotal to Israel’s multi-layered defence system. Credit: Israel Ministry of Defense Spokesperson’s Office.
The Arrow missile system was successfully tested with the AN-TPY2 radar in Alaska, US, in July 2019. Credit: IAI.
Arrow 3 was developed by Israel in co-operation with the US. Credit: United States Missile Defense Agency/Wikimedia Commons.

Arrow 3 is an exo-atmospheric anti-ballistic missile defence system jointly developed and produced by Israel and the US for long-range threat engagement.

Arrow 3 is a key element of the country’s multi-layered defence missile array, which also includes the Arrow 2, David’s Sling, and the Iron Dome active defence systems. It was inducted into the Israeli Air Force in 2017.

The first successful flight test of the Arrow 3 interceptor was conducted in 2013. The second flight test was successfully completed by the Israel Ministry of Defense (MOD) and the US Missile Defense Agency (MDA) in January 2014. The Arrow 3 interceptor was launched from a test range in Israel and performed as per expectations before terminating over the Mediterranean Sea, as part of the test.

A flight test of the Arrow 3 weapons system was conducted at a test site in central Israel by the MDA and the Israel Missile Defense Organization (IMDO), part of the MOD, in February 2018.

The test was led by IAI, in collaboration with the Israeli Air Force, and supported by the MDA.

The IMDO and MDA completed a series of tests on Arrow-3 in Alaska, US, in July 2019. The interceptor successfully demonstrated hit-to-kill interceptions of high-altitude exo-atmospheric targets during the test campaign. The test also proved the system’s operational interoperability with the US AN/TPY-2 radar.

Stark Aerospace, the US-based subsidiary of IAI, delivered the first Arrow 3 missile canister in September 2018. Full production of the weapon system commenced in September 2019 under the co-production agreement between Israel and the US.

A successful flight test of the AWS and the Arrow 3 interceptor was conducted at a test site in central Israel in January 2022.

Arrow 3 is designed to intercept ballistic missiles outside of the earth’s atmosphere. It features a compact and innovative design.

The system weighs about half of the Arrow 2 weapon system and provides greater speed and range.

It provides hypersonic capabilities and can defend a very large area, providing comprehensive defence of strategic sites and large populated areas. It can destroy long-range threats, including those carrying weapons of mass destruction, far away from the targets.

Arrow 3 provides high lethality against all types of theatre ballistic missiles (TBMs) and warheads. It can be integrated with the AWS battery comprising a ground-based radar, and a battle management system, launchers, and a launch control centre.

The missile system uses hit-to-kill technology to destroy incoming missiles. The missile is launched vertically and then the direction is changed towards the estimated interception point. The kill vehicle is launched once the hostile warhead is identified and the target is close enough.

The mobile and easy-to-transport launcher provides vertical hot launch capability from sealed canisters, with an omni-directional coverage. Each launcher has the capacity to hold six canisters. It can accommodate Arrow 3 and Arrow 2 interceptors.

The missile can be placed in a 21in vertical launch tube. The launcher provides fast reaction times to engage multiple ballistic missiles.

The hypersonic weapon system features two solid propulsion stages, including a booster and a sustainer. It provides a range of 2,400km and can intercept threats at an altitude of 100km.

The radar can counter sensor outage and jamming issues through electronic counter-countermeasures (ECCM).

The high-resolution electro-optical sensor acquires the target for the kill vehicle to hit the target and destroy the warhead.

The Arrow 3 weapon system continuously searches for threats. The battle management centre receives information acquired by radars about the incoming ballistic missiles and processes it, following which the interceptor is selected to destroy the hostile missiles.

It is equipped with safety mechanisms to prevent accidental missile launches. The LCC also undertakes diagnosis and maintenance of the interceptor.

Rafael, an Israeli defence technology company, is responsible for the design and development of the target, while Tomer provides rocket engines for the target ballistic missiles.

The Citron Tree battle management centre was developed by Elisra, a subsidiary of Elbit Systems. 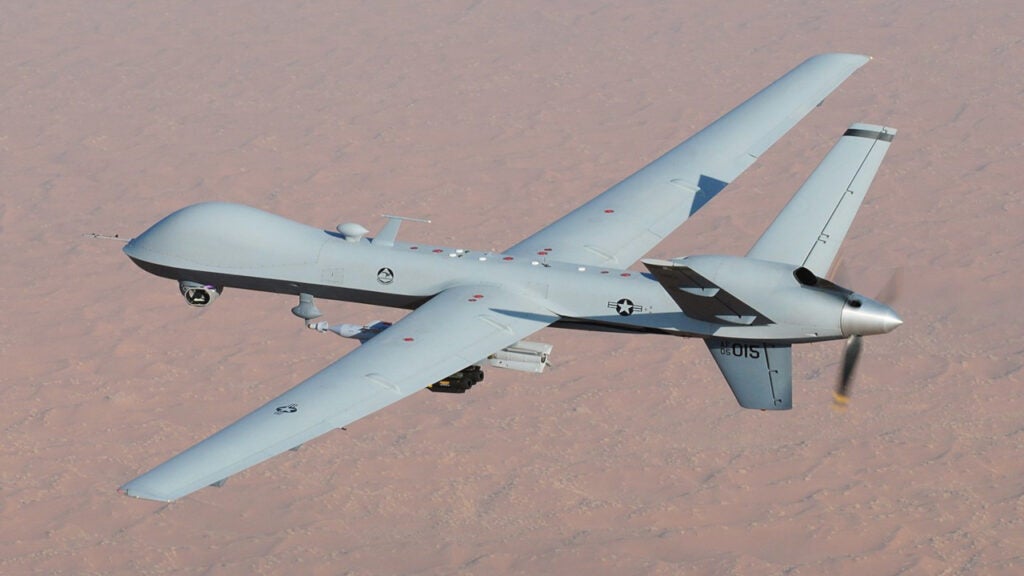