The R&D project will study counter-drone technology and provide feedback to the RAF on how to detect, track, identify and defeat rogue drones.

The programme was announced by UK Defence Secretary Ben Wallace at the DSEI 2019 defence exhibition in London, UK. 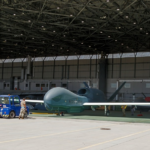 Ben Wallace said: “Last year at Gatwick and Heathrow we saw the peril drone technology poses to our airspace.

“Today I can announce that the RAF will be working with Leonardo on a three-year programme, looking at how to detect, track, identify and defeat rogue drones as this technology continues to evolve.”

Primary integration work under the programme is expected to start next year at Leonardo’s facilities in Basildon and Southampton.

Meanwhile, the project will also include real-time testing at MoD sites across the UK.

The R&D effort is intended to enable the acquisition of relevant understanding to develop measures to counter current and evolving drone threats.

It will support the service’s understanding of requirements for a potential future core capability to protect RAF bases.

Defence Equipment and Support Engineering and Safety director Tim Rowntree said: “With the increase of small affordable aircraft widely available on the open market and drone technology evolving rapidly, it is vital that our military are protected against the misuse of such aircraft.

“This programme of work will undertake vital research and development on behalf of the RAF to explore the current threat posed by hostile drones and how this is likely to evolve in future, as well as evaluating a range of technologies that could form a future RAF counter-drone capability.”