The Royal Air Force (RAF) has commenced the Nato Air Policing mission at Šiauliai Air Force Base (AFB) in Lithuania.

This came after the Belgium Air Force handed over the Baltic Air Policing Mission to the Spanish Air Force. The RAF also joined and will replace the already departed Portuguese Air Force.

135 Expeditionary Air Wing commander Stu Gwinnutt said: “We are pleased to be back in Lithuania to play our part in the Nato Air Policing operation, which is a high priority for the UK.

“We’re very much looking forward to working with our Nato partners and building on the successes of the Belgian deployment. 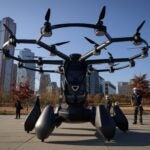 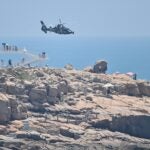 “The Covid pandemic has, of course, presented many challenges in the planning and execution of the UK deployment but I’m pleased to say that the whole UK / Lithuanian team has worked hard together to overcome them.”

The handover was done through a small formal ceremony due to the coronavirus (Covid-19) restrictions in place.

During the ceremony, the outgoing Belgian Air Force were thanked for their services while the RAF and Spanish Air Force were welcomed to Siauliau AFB.

Lithuanian Air Force commander colonel Guzas Dainius said: “We are representing four different countries with four different historical backgrounds…I express my appreciation to the Belgian Airmen and Women for their efforts in Baltic Air Policing, and now to the Spanish and UK Royal Air Force that will be on detachment for these next four months.”

The Nato Air Policing mission commenced for RAF personnel against the challenges created caused by the pandemic.

The work continues together with their Nato colleagues under strict conditions to ensure precautionary and safety measures as mandated by the UK and Lithuanian governments to fight Covid-19.