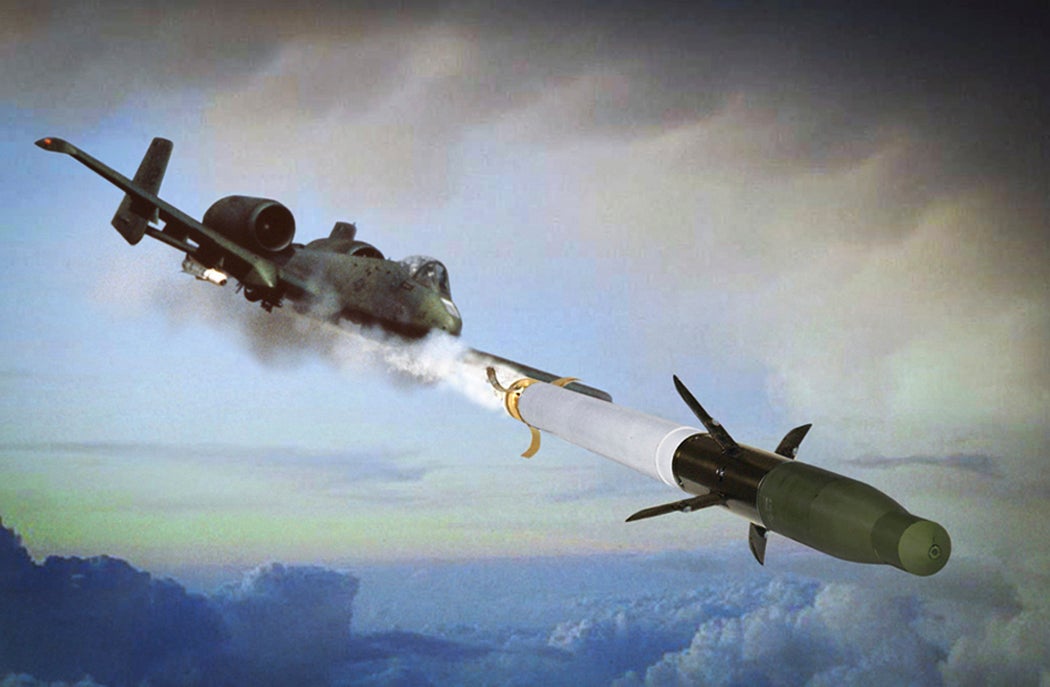 The US Air Force (USAF) has conducted the first test firing of BAE Systems’ Advanced Precision Kill Weapon System II (APKWS II) rocket from its A-10 Thunderbolt II aircraft from Eglin Air Force Base in Florida, US.

Carried out by the USAF’s 40th Flight Test Squadron pilots, as part of an urgent operational requirement (UOR) project for the air force and navy that started in 2009, the test firings included three sorties, and were aimed at demonstrating that the rocket can be safely launched from a fixed wing aircraft.

The first sortie was conducted to test whether carrying the rocket and launcher would impact the aircraft flight, while the second witnessed firing of an unguided inert rocket to ensure safe weapon separation from the aircraft without any problems.

During the third sortie, the pilots fired two armed, guided rockets at a surface target from altitudes of 10,000ft and 15,000ft respectively, with the last shot impacting the target within the two-metre requirement specifications after being fired into a 70k headwind.

"By improving rocket accuracy, the APKWS II gives the pilot the capability to achieve the desired weapons effect with a single rocket," Burton added.

The USAF is set to continue APKWS II testing and assessment throughout the year. Operational testing, which will include firing 22 rockets from the A-10 and F-16 jets at both moving and stationary targets, will be carried out at China Lake Test Range in California, US, next month with the Air National Guard and Air Force Reserve Command Test Center.

Testing on the navy’s AV-8B Harrier II and F/A-18 Hornet fighters is also underway, while the laser guided rocket is expected to enter operational service by 2015.