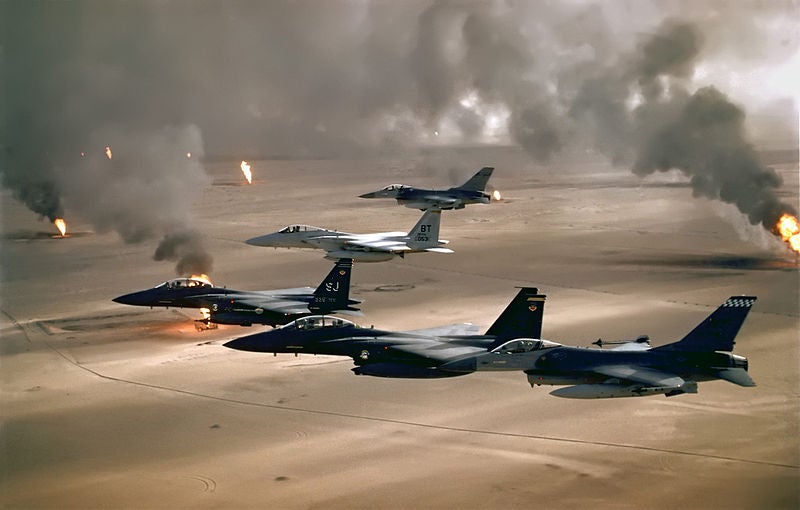 The US Air Forces in Europe (USAFE) has stopped flying operations of half of its active-duty fighter squadrons across Europe due to a reduction in flying hours enforced by current sequestration-related budget challenges affecting the US Department of Defense.

The grounding aims to ensure other USAF units supporting global missions maintain sufficient readiness through the remainder of 2013.

"The risk we face is that combat airpower may not be ready to respond to unforeseen contingencies and crises when called upon,” Jones added.

"Despite these fiscal cutbacks, our planners continue to evaluate scenarios and options to best use the assets that remain ready as effective response options."

Ending on 30 September, the stand down is expected to reduce the USAF’s participation in Nato missions.

It will also affect airlift and air refuelling squadrons but to a lesser extent.

USAFE operations deputy director colonel Mark Hering said the C-130 and KC-135 squadrons are still ready and available for operations, but are not flying at a rate that will ensure 100% training of all aircrew in a mission.

"The unit commanders are closely evaluating the training levels of their Airmen to ensure that they are capable of executing the tasks assigned," Hering added.

Meanwhile, the USAFE is also re-validating options to recover and retrain from the stand down, which may possibly include reassessment of flying hours programme within the parameters of 2014 budget and projected fiscal year flying hours.

”So even if flying hours are fully funded in FY14, which is doubtful, USAFE fighter squadrons will be dealing with the effects of sequestration for some time to come," Weed added.