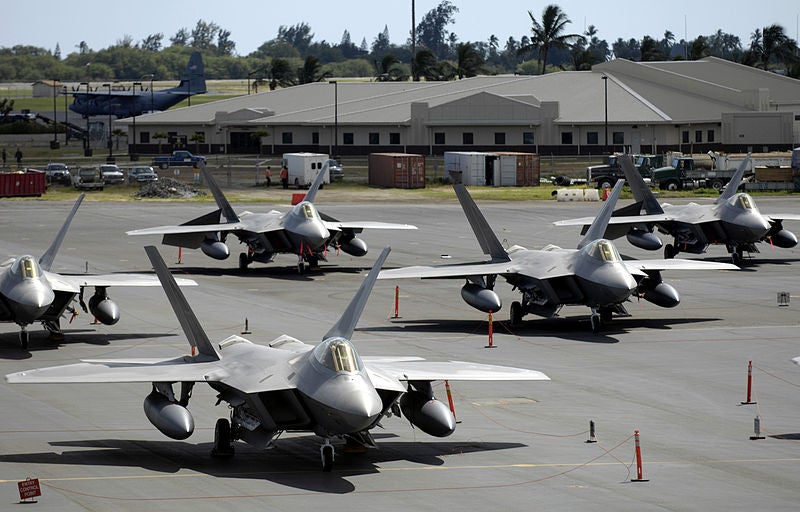 The US Air Force (USAF) has formally taken delivery of the 195th and final F-22 Raptor fighter jet from Lockheed Martin at its Marietta facility in Georgia, US.

USAF chief of staff General Norton Schwartz said: "The delivery represents a significant step forward in the service’s overall modernisation efforts. We continue to focus on ensuring that these capabilities will help shape the future security environment, not just respond to them."

The delivery of the last Raptor caps the Air Force’s fleet of 187 production and eight pre-production test aircraft. The radar-evading fighter is scheduled to join other F-22s in the Air Force’s 3rd Wing at Joint Base Elmendorf-Richardson in Alaska, US.

Pilot training is conducted at Tyndall AFB in Florida, US.

Featuring greater cruise speed and agility, the aircraft can also be configured to perform a range of operations such as ground attack, electronic warfare, and signals intelligence missions.

Since being declared operational in December 2005, the fighter has been frequently grounded over safety concerns relating to its oxygen system, and has not been deployed for combat operations in Iraq, Afghanistan or in the US-led no-fly mission over Libya.

The USAF was originally scheduled to order 750 fighters at an overall cost of $26.2bn, but the plan was later cancelled by the US Department of Defense (DoD) to help save funds for other programmes.