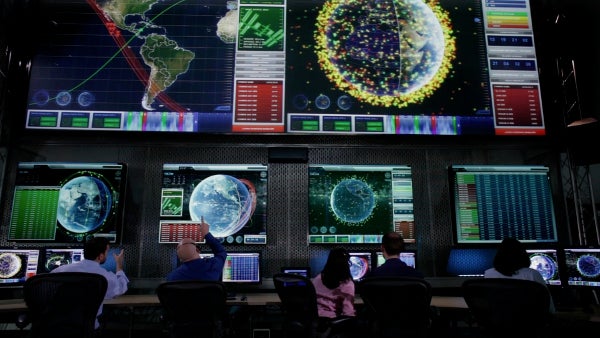 The US Air Force (USAF) has received the final contract proposal from Lockheed Martin for the development of Space Fence, a multistatic radar system designed to enhance the USAF’s ability to identify and track space debris.

As part of an 18-month $107m Space Fence prototype contract awarded along with Raytheon in January 2011, Lockheed has already demonstrated its prototype radar’s capabilities in detecting resident space objects.

Space Fence is an advanced ground-based radar designed to replace the existing USAF space surveillance system, known as VHF Fence, which was originally installed in 1961.

Equipped with two or three high-power S-band ground-based radars, the system will provide the air force with the ability to detect, track, measure and catalogue resident space objects, primarily in low-earth orbit.

The radars will be located at strategic sites globally to expand surveillance coverage worldwide.

Valued at approximately $1.9bn over a seven-year performance period, the Space Fence production contract is expected to be awarded in late 2012, while the construction of first Space Fence site will initially commence at Kwajalein Atoll in Marshall Islands, US, in 2013.

Initial operational capability (IOC) of the first of several sites is expected to take place in 2017.