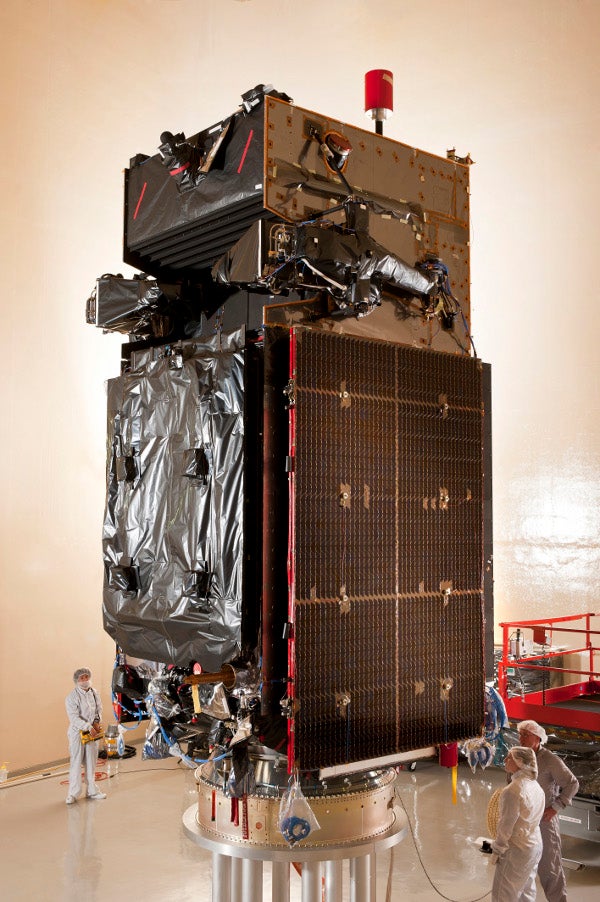 The recent tests validated the spacecraft’s performance and functionality in preparation for delivery to the launch site for its scheduled launch as early as July 2012.

Prior to delivering the satellite to Cape Canaveral Air Force Station, Florida, US, Lockheed will perform final spacecraft component installations and conduct a final factory confidence test once a launch date is confirmed by the USAF.

GEO-2 Space Vehicle Integration and Launch branch chief lieutenant colonel Jonathon Whitney said that the lessons learned from SBIRS GEO-1 have allowed the joint government and industry team to perform the assembly, integration and test of GEO-2 in a more efficient manner.

Lockheed Martin SBIRS Space Vehicle Products director added: "We are focused on preparing this satellite for launch and driving even greater efficiency and affordability into building the next set of SBIRS satellites and hosted payloads."

The SBIRS satellites provide the US with improved missile warning capabilities and support other critical missions including missile defence, technical intelligence and battlespace awareness.

The sensor payload consists of a scanning sensor for short revisit times over its full field of view and a staring sensor for focused operations over smaller areas.

SBIRS GEO-1 activated its sophisticated infrared sensors on 21 June 2011 and transmitted its first infrared payload data following its launch on 7 May 2011 from Cape Canaveral onboard an Atlas V rocket.

Production of GEO-3 and GEO-4 satellites is currently in progress.

Lockheed Martin is the SBIRS prime contractor, while the team is led by the Infrared Space Systems Directorate at the US Air Force Space and Missile Systems Center, US.

Image: SBIRS GEO-2 is on schedule for its launch as early as July, 2012 at Cape Canaveral Air Force Station, Florida, US. Photo: Lockheed Martin.