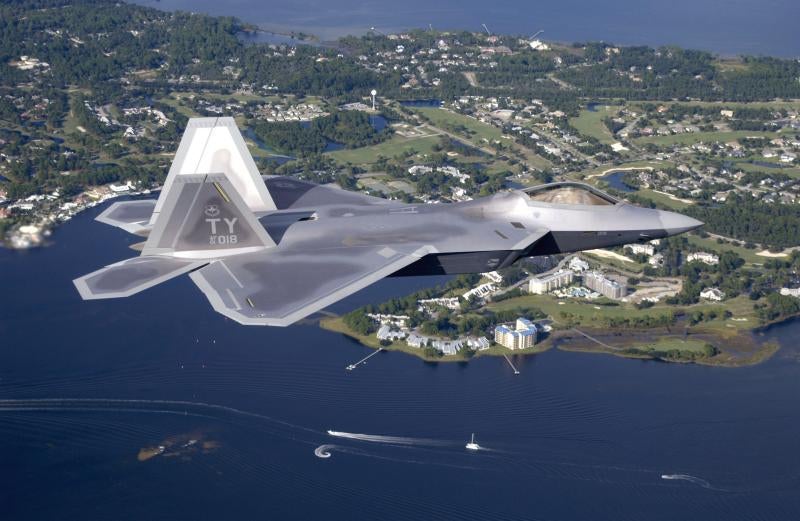 The US Air Force’s (USAF) Scientific Advisory Board (SAB) team has failed to determine the root cause of physiological events that were experienced by the pilots while piloting the Lockheed Martin-built F-22 Raptor aircraft.

The radar-evading F-22 Raptors have been barred from flying above 25,000ft since January 2011 following the crash of a jet in Alaska during a training flight, as well as reports of pilots showing hypoxia-like symptoms while flying the aircraft.

The nine-member SAB team chaired by retired Air Force general Gregory Martin, an aviator and a former commander of two major commands, conducted a seven-month study on the F-22’s onboard oxygen generation systems.

Martin said during a Pentagon briefing: "From April 2008 until May 2011, the Air Force experienced 14 physiological incidents with the fleet of F-22s. Each incident was investigated, and of those incidents, 10 did not reveal a root cause."

"We were unable to determine a root cause, but we were able to put in place the proper safety measures and risk mitigation techniques that would allow the F-22 fleet to return to fly … to ensure the integrity of the life support system."

Air Combat Command director of operations major general Charles Lyon said that the implementation phase of the recommendations was already into action while the air force continues to pursue the cause of the incidents.

The F-22A Raptor is a supersonic, advanced tactical dual fighter jet powered by a F119-100 Pratt & Whitney engine and designed for stealth, greater cruise speed and agility. It has been used by the USAF since December 2005.