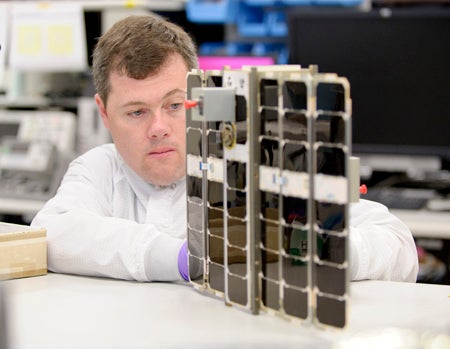 The delivery follows a $5m contract awarded by the Air Force Space and Missile Systems Center in April 2011, for the production and delivery of two nanosatellites to help assess utility of the CubeSat, a miniaturised satellite for military space operations.

"We look forward to the important data they will collect and provide to the warfighter," Beidleman added.

Powered by Spectrolab-built ultra triple-junction solar cells, the SENSE satellites are highly efficient 3U satellites featuring a sensor and miniature S-band transceiver to gather spacecraft and mission data, which is required for weather prediction and assessments, at a speed of 1mb/sec.

The satellites are scheduled to be launched as part of the Operationally Responsive Space 3 mission in late 2013 for collection and transmission of weather data.

Development, testing and integration of the nanosatellites have been carried out in collaboration with the US Office of Naval Research, SRI International, The Aerospace Corp., and Atmospheric & Space Technology Research Associates.