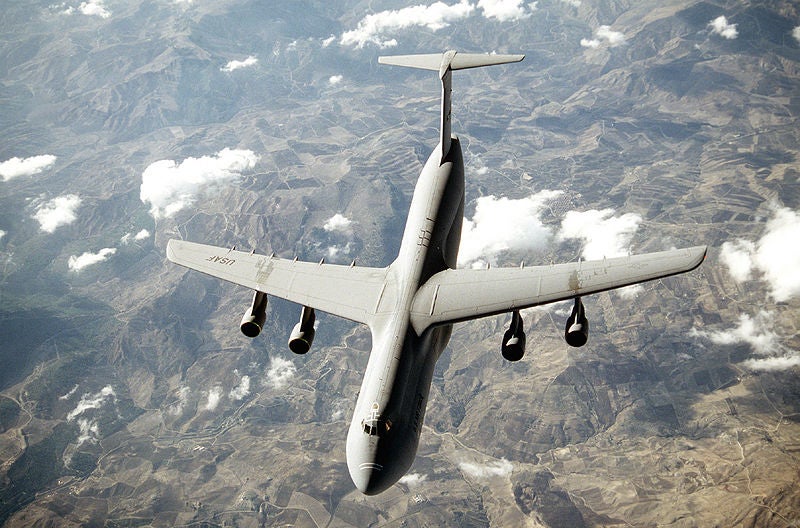 The US Air Force (USAF) has taken delivery of the 79th and final C-5 Galaxy aircraft from Lockheed Martin at Travis Air Force Base in California, US, following completion of the Avionics Modernization Program (AMP).

Lockheed Martin C-5 programme vice president Greg Ulmer said: "This delivery continues the ever-growing legacy of the C-5 Galaxy and the critical role it plays in supporting the warfighter across the globe for many years to come."

Implemented in 1998, the AMP is the first part of a two-step CM-5 modernisation programme, aimed at providing increased reliability, maintainability and better fuel efficiency to the aircraft, while also extending its service life beyond 2040.

Of the 79 aircraft that received the AMP upgrades, 52 are scheduled to undergo a second set of upgrades called the Reliability Enhancement and Re-engining Program (RERP), which involves reequipping the aircraft with new General Electric CF6 engines.

The phase also incorporates more than 70 additional improvements, following which the aircraft will be re-designated as C-5M Super Galaxy.

The final strategic airlifter to receive the AMP upgrades will be operated by the Air Force Reserve 433rd Airlift Wing based at Lackland Air Force Base in Texas, US.

Lockheed Martin was awarded the $70m C-5 AMP contract to upgrade all the USAF’s existing C-5 A, B, and C model aircraft in 2004.
The C-5 Galaxy is a large military transport aircraft built with a heavy intercontinental-range strategic airlift capability, to carry oversize cargos, including all 100% air-certifiable cargo.

Since its entry into service in 1970, the aircraft has been the US premier global direct delivery weapons system and also played significant role in every military operation including Vietnam, Desert Storm and Operation Enduring Freedom.

The Military Aircraft Market in Venezuela to 2025: Market Brief