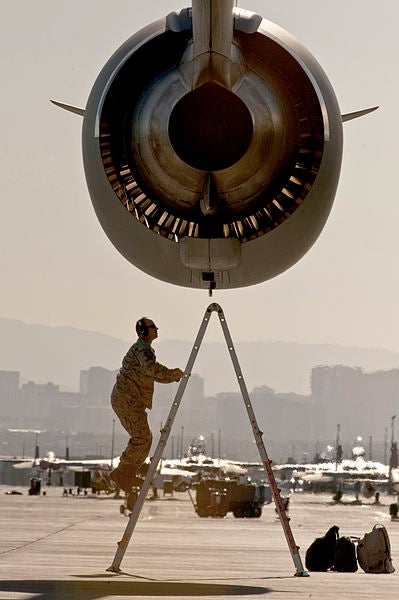 Marking the completion of the programme, the engine has been transferred to Triumph Aerostructures in Dallas, Texas, for nacelle installation, and will be delivered to Boeing’s final assembly facility in Long Beach, California, US, for installation on the C-17 airlifter.

The company will continue to supply spare F117 engines to the USAF, along with production install engines to foreign customers, including for the Indian Air Force’s (IAF) ten aircraft.

A member of Pratt & Whitney’s PW2000 family of commercial engines, the F117-PW-100 is a dual-spool, high-bypass turbofan aero engine equipped with a dual-channel full authority digital engine control (FADEC) system, and first flew on the C-17 Globemaster in 1991.

Under the first contract, the company will manufacture and deliver seven advanced F100-PW-229 EEP engines to power the RSAF’s fleet of Lockheed Martin-built F-16 Fighting Falcon aircraft in 2013 and 2014.

Awarded by the USAF, the second materials management programme (MMP) foreign military sales (FMS) contract covers supply of support services for the F-16’s F100 engines in both intermediate engine shops and at the depot level over the next one year.