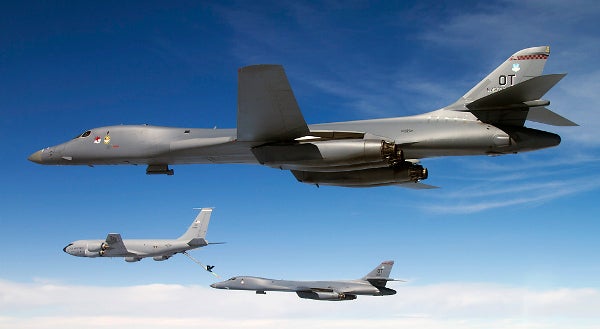 A Link-16 network is being constructed by the personnel to validate the aircraft’s new datalink capabilities, in addition to writing test plans, creating training plans and recruiting experts for aircrew training.

The 337th TES maintainers and those from the 7th Maintenance Group are also set to undergo a joint classroom and on-aircraft training at Edwards Air Force Base (AFB) in California, and Tinker AFB in Oklahoma, US, ahead of the aircraft’s arrival.

The B-1B bombers are currently being upgraded by Boeing as part of the Integrated Battle Station (IBS) and Sustainment-Block 16 (SB-16) upgrade programme contract awarded by the air force in June 2012.

FIDL upgrades are expected to provide aft cockpits with a Link 16 data link that adds line-of-sight capabilities to the aircraft’s existing beyond line-of-sight Joint Range Extension Applications Protocol data link, while CITS modification will add a new colour display in the aft cockpit, in addition to replacing an obsolete computer that continuously monitors the bomber’s performance.

VSDU upgrades enhances the pilot’s situational awareness by replacing two unsupportable, monochrome pilot and co-pilot displays with four multifunctional colour displays in the forward cockpit. The aircraft is also set to receive navigation, radar and diagnostic upgrades as part of the SB-16 programme.

SB-16 developmental testing is scheduled to commence in April at Edwards AFB, followed by delivery to 337th TES in September 2013.