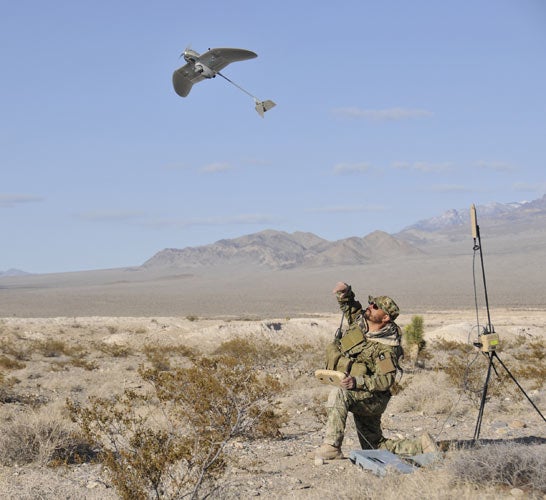 The US Air Force has placed a $2.5m contract with AeroVironment for delivery of its newly launched Wasp AE small unmanned aircraft system (SUAS).

The selection follows stringent engineering and user trials of the system over a one-year period, to ensure compliance with the BATMAV programme requirements.

"We believe that other military and non-military customers in the United States and abroad will find Wasp AE a compelling solution to support their tactical operations," Minson added.

The drone is capable of 20% greater flight duration than the Wasp III variant, and is equipped with a digital data link, to support interoperability with other small unmanned aerial vehicles.

The system was previously purchased by the US Marine Corps (USMC) and USAF for conducting small unit tactical intelligence, surveillance and reconnaissance (ISR) missions.

Image: Wasp AE SUAS being launched by a soldier. Photo: courtesy of AeroVironment.