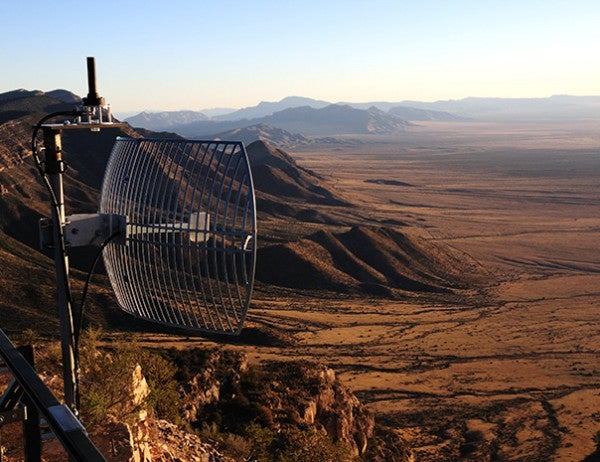 Locata has received a contract from the US Air Force (USAF) for the installation of its ground-based LocataNet positioning system at White Sands Missile Range (WSMR) in New Mexico, US.

It covers the installation of Locata receivers and LocataLite transmitters to blanket 6,475km² of WSMR, for accurate positioning of aircraft over a large area in the absence of a GPS.

During a week-long testing, which was conducted by the 746th Test Squadron (746TS), the LocataNet was deployed to cover 3,500km² and provided position accuracy of 6cm horizontally and 15cm vertically for aircraft flying at a distance of 50km at a speed of up to 350mph at 25,000ft.

Accurate independent positioning provided by LocataNet was found to be as good as, or better than the USAF’s currently used Central Inertial and GPS Test Facility Reference System (CRS) for flight and ground testing.

A recent technical report by 746TS has described a new non-GPS based positioning capability requirement as the critical component for realisation of the ‘gold standard capability’ for the USAF’s future truth reference, the Ultra High-Accuracy Reference System (UHARS).

”Further analysis has shown that if we optimise the LocataNet deployment, characterise its errors and tightly couple its range and carrier-phase measurements with the other GPS and inertial components on the UHARS pallet into the UHARS solution post-processing software, I am confident we will be able to meet our 5cm (2in) per axis truth reference objective,” Morin added.

As part of the contract, the company will also supply extended hardware warranty, along with Locata software and firmware upgrades through to 2025, and multi-year support for installation, fielding and testing of Locata networks.

Additional responsibility include the provision of long-term consultation and expert technical advice to ensure optimal performance of the deployed LocataNet systems, which will serve as core of the UHARS once it replaces the CRS in 2014.