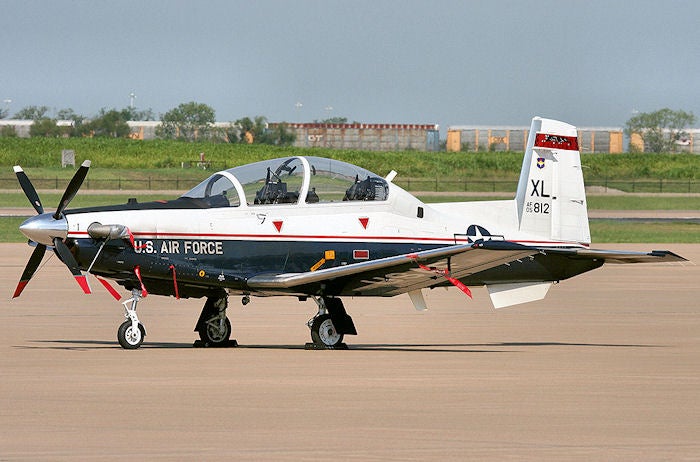 The US Air Force (USAF) has awarded a contract to Beechcraft Defense for delivery of additional T-6A Texan II military training aircraft.

Covering production and delivery of a total of 35 aircraft, along with an option for two additional T-6As, the $210m contract represents the 19th T-6 production lot ordered by the USAF and US Navy as part of the joint primary aircraft training system (JPATS) procurement programme.

Out of a total of 35 aircraft, around 33 T-6s will be delivered to the navy, while the army will receive the remaining two aircraft.

Beechcraft Defense president Russ Bartlett said the contract highlights the partnership between the US government and the company.

Beechcraft has provided aircraft and support services for the government’s fleet for the past 13 years.

The aircraft has been selected for the Nato Flying Training Canada programme, and by the air forces of Greece, Israel, Iraq, Morocco and Mexico.

Manufacturing work under the contract will commence this month at the company’s facility in Kansas, US, while the final aircraft is scheduled to be delivered in February 2015.

Launched in late 1990s, the JPATS programme is aimed at training and qualifying entry-level USAF and navy pilots as military pilots, navigators, as well as naval flight officers.

Image: An USAF T-6 Texan II aircraft stationed at Laughlin Air Force Base in Texas, US. Photo: Courtesy of the US Air Force.