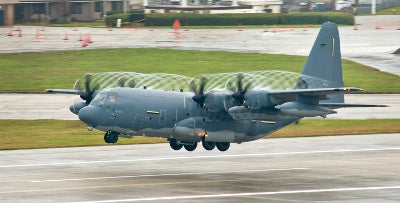 The new variants include the HC-130J Combat King II and the MC-130J Commando II aircraft, which will be used by the USAF to restructure its existing HC, MC and AC-130 gunship fleets.

"The C-130J is without equal in terms of its multi-role, multi-mission flexibility and availability. No aircraft in production, or in development, can match the capabilities of the Super Hercules."

Demonstrating the proven design, reliability and technology of the C-130J, the HC/MC programme initial contract was awarded in mid-2008 and the first ahead-of-schedule flight took place on 29 July 2010.

The MC-130J is based on the US Marines Corps KC-130J tanker and is capable of missions requiring clandestine single or multiship low-level aerial refuelling of the AFSOC.