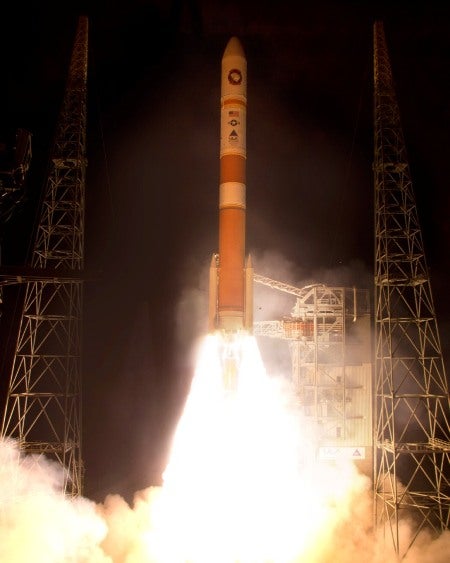 The US Air Force (USAF) has successfully launched the fifth Boeing-built Wideband Global SATCOM (WGS-5) military communications satellite from the Space Launch Complex 37B at Cape Canaveral Air Force Station in Florida, US.

Launched on-board a United Launch Alliance Delta IV vehicle on 24 May, the satellite is expected to continue to extend the global reach of the WGS system to additional users.

Boeing Space & Intelligence Systems vice president and general manager Craig Cooning said: ”This satellite is going to strengthen an important tool that warfighters count on to be successful and safe.”

Representing the second satellite to be manufactured under the upgraded Block II series contract secured by Boeing in October 2006, WGS-5 is scheduled to complete several manoeuvres and tests in final orbit, before starting actual operations.

Received by USAF in March, the satellite is designed to enable the air force to rapidly transmit airborne intelligence, surveillance and reconnaissance (ISR) imagery, ensuring instant and secure global connectivity.

The satellite features a switchable radio frequency bypass, which can send imagery approximately three-times faster compared with the data rates presently available to the US Department of Defense (DoD).

Built on the Boeing 702HP platform, WGS satellites are designed to support missions such as to and from tactical communications between ground forces and the relaying of data and imagery from airborne ISR platforms.

The first four WGS satellites were successfully launched in 2007, in April and December 2009, and in 2012, while the WGS-7 to 10 satellites ordered by the USAF under a Block II follow-on contract in August 2010 are currently in various stages of development.