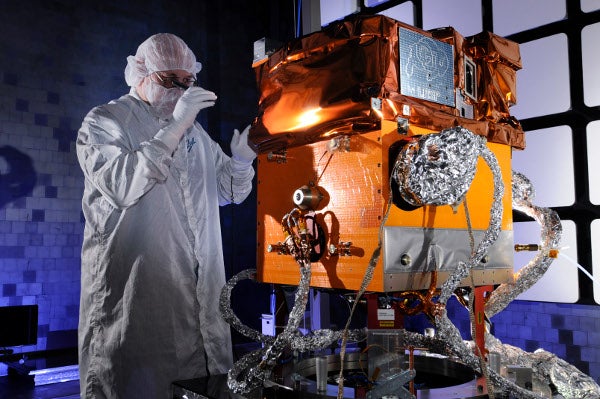 The launch, along with 28 CubeSats, forms part of the US Department of Defense’s (DoD) operationally responsive space-3 (ORS-3) mission, which involves demonstration, evaluation and verification of rapid response spacecraft technologies to decrease launch timelines and reduce mission costs.

Representing the second spacecraft to have been built by Ball forthe DoD’s Space Test Program, the Standard Interface Vehicle (STP-SIV) programme, the satellite joins its predecessor, the STPSat-2, which was launched aboard a Minotaur IV rocket from the Kodiak Launch Complex in Alaska, US, in November 2010.

The STPSat-3 serves as the primary satellite for ORS-3 mission, and features five standard payload interfaces to support a range of experimental and risk reduction payloads at various low-earth orbits.

"The TCTE instrument was adapted for the flexible STPSat-3 spacecraft with minor modifications to provide critical weather information for the US."

Ball Aerospace president Rob Strain said the TCTE instrument was adapted for the flexible STPSat-3 spacecraft with minor modifications to provide critical weather information for the US.

”STPSat-3 was the perfect option to enable a quick ride to space and mitigated a possible total solar irradiance gap after the precursory TSI-measuring instrument experienced a launch failure in 2011,” Strain said.

Both STPSat-3 and STPSat-2 satellites demonstrate the ability to rapidly access space through use of standard interfaces on a standard spacecraft bus.

Also known as Enabler Mission, the ORS-3 mission is managed by the US Air Force Space and Missile Systems Center, Space Development & Test Directorate at Kirtland Air Force Base in New Mexico, US.