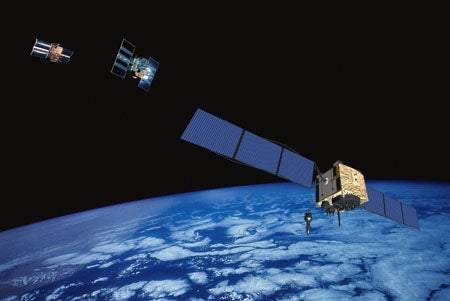 Designated SVN-65, the satellite has successfully completed the final checkout for launch, following its delivery from the company’s Satellite Development Center in July 2012.

US Air Force Space and Missile Systems Center’s Global Positioning Systems Directorate director colonel, Bernie Gruber, said: "As the GPS IIFs become operational, they are ensuring that the Air Force can meet the current and future needs of both military and civilian users."

Boeing Space & Intelligence Systems vice president and general manager, Craig Cooning, said the company has worked jointly with the USAF for many years to maintain and enhance the GPS constellation.

"This new fleet of 12 GPS IIFs will form the core of the GPS constellation for the next decade," Cooning added.

A series of pre-launch tests were also conducted on the satellite to confirm its operational readiness, including the ability to communicate to launch site and the Operational Control Segment (OCX).

The GPS IIF satellites are a class of next-generation satellites designed to provide jam-resistant military signal in hostile environments, and to increased navigational accuracy through improved atomic clock technology.

Boeing is under contract with the US Department of Defense (DoD) to manufacture a total of 12 satellites, and has completed production of five, of which the first two are already in space, while the fourth and fifth are awaiting launch.

The remaining seven satellites are at various stages of production at Satellite Development Center in El Segundo, US.

Image: An artists impression of the USAF’s Global Positioning System I, II and IIF satellites in orbit. Photo: courtesy of Boeing graphic.