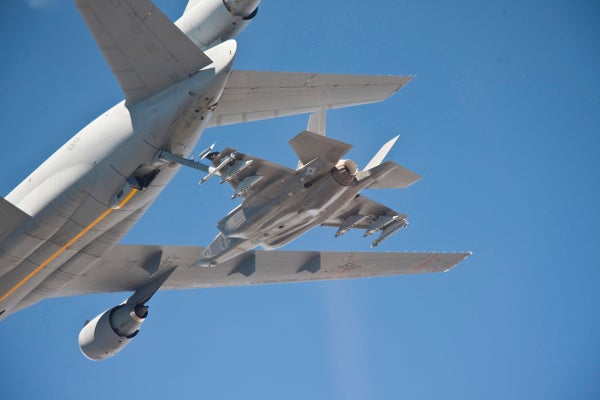 The US Air Force’s (USAF) conventional takeoff and landing (CTOL) variant of the Joint Strike Fighter, the F-35A, has completed its first flight tests carrying external missiles at Edwards Air Force Base in California, US.

According to Lockheed Martin, no weapons were actually fired or dropped during the tests, and the jet also had four external weapons pylons capable of carrying 2,000lb of air-to-ground weapons.

The F-35 Joint Strike Fighter (JSF) Lightning II aircraft is a stealthy, supersonic multi-role fighter, currently under development by Lockheed, which has been undergoing flight tests since late 2006.

Designed to carry up to 18,000lbs on ten weapon stations, the fifth generation fighter F-35A is primarily intended to replace the USAF’s existing F-16 Fighting Falcon and A-10 Thunderbolt II fleet from 2028.

The aircraft completed night flight testing at Edwards Air Force Base in January 2011, and is scheduled to undergo night refuelling and formation test flights in late 2012.

The F-35 is also being developed in another two variants, a carrier variant (CV) for the US Navy and a short take-off and vertical landing (STOVL) aircraft for the US Marine Corps and UK Royal Navy.