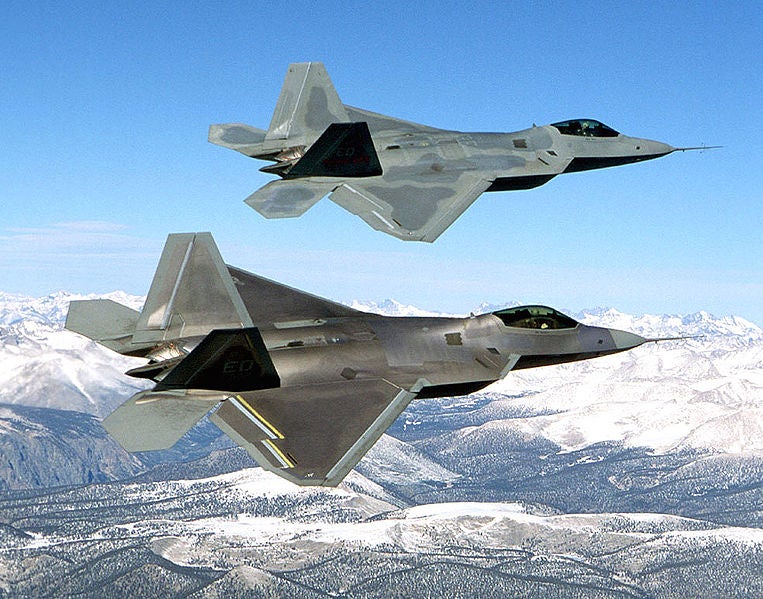 Lockheed Martin has been awarded a contract for the installation of automatic backup oxygen supply systems in the US Air Force’s (USAF) troubled fleet of F-22 Raptor supersonic fighter jets.

The $19m contract follows orders by the US Defense Secretary Leon Panetta last month to accelerate installation of the systems on all aircraft following refusals by pilots to fly the aircraft in public areas due to frequent hypoxia-like symptoms during flights.

Under the new contract, the company will supply a total of 40 retrofit kits, along with non-recurring engineering services and ten spares to the air force, according to the Department of Defense (DoD) press release.

USAF spokeswoman, Jennifer Cassidy, was quoted by Dayton Daily News as saying that the contract is part of an initial retrofit of the aircraft, which is expected to cost $44m.

Work will be carried out at the company’s Marietta facility, and is scheduled to complete by 30 April 2013 while the contract will be managed by Wright Patterson Air Force Base, located in Ohio, US.

Panetta also advised the service to conduct all F-22 flights at a limited distance from airstrips, to enable quick recovery and landing in the event of a pilot encountering unanticipated physiological conditions during flight.

Pentagon spokesman Navy Captain John Kirby said that the safety measures put in place last month by Panetta did not have any impact on operations.

"Right now the aircraft is performing very well in an operational setting and … we’re just going to continue to watch this as we move forward," said Kirby.

The USAF has frequently grounded the fighter fleet due a spate of hypoxia-related incidents, including dizzy spells and blackouts, experienced by F-22 pilots between April 2008 and January 2011.