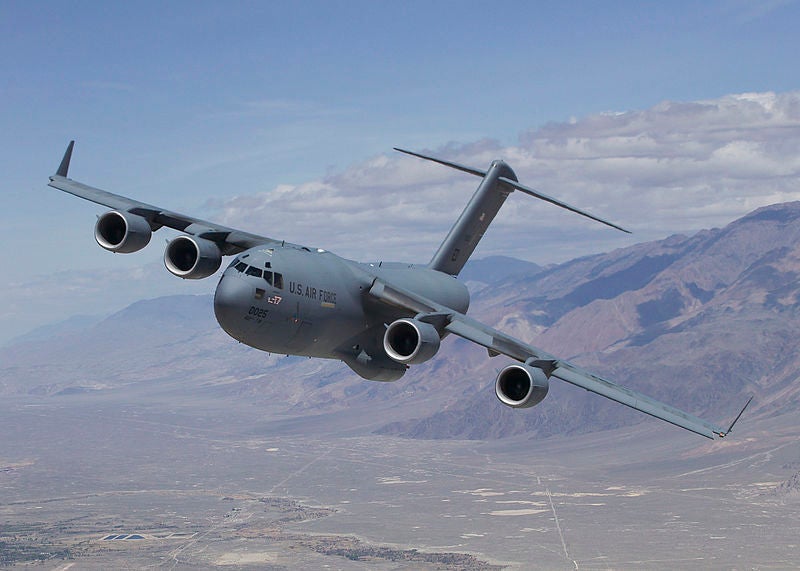 Carried out from Edwards Air Force Base in California, to Joint Base Pearl Harbor-Hickam, Hawaii, and back, the tests involved one C-17 trailing directly behind another to recapture energy that would otherwise be lost, which eventually lowers its fuel consumption.

Representing follow-on tests from the October 2012 test flights at Edwards AFB, the latest trials, featuring an actual operational mission, including night time flying sorties, assure the air force fuel savings of up to $10m a year.

"With only minor changes, we were able to attain double-digit fuel savings, which exceeded what we measured during our 2012 proof-of-concept test," Blake said.

"With only minor changes, we were able to attain double-digit fuel savings, which exceeded what we measured during our 2012 proof-of-concept test"

Following testing and concept validation, the command will request funding for a DOD Advanced Technology Demonstrator to determine exact procedures and processes required for the introduction of the $AVE concept to other air force aircraft, Erbschloe added, noting that the two- to three-year project may commence as early as next year.

62nd Airlift Wing weapons and tactics director major Kyle Clinton said, "Across the board, I believe the potential benefits could be worthwhile for the aviation community – not just for C-17 formations but also for mixed formations, such as tankers (accompanying) fighters."