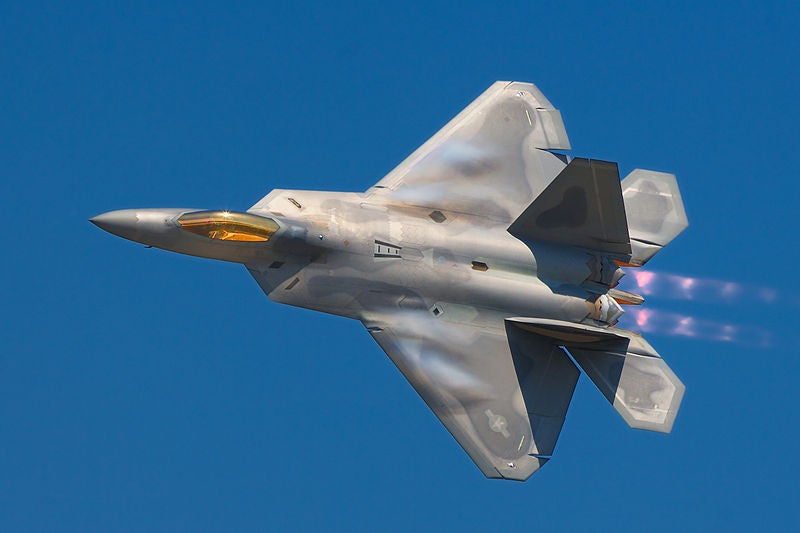 The US Air Force (USAF) has started deployment of the first increment of its 3.1 upgraded Lockheed Martin-built F-22A Raptor fighter jets to its operational fleet at Joint Base Elmendorf-Richardson in Alaska, US.

"The capabilities this incremental upgrade brings are a complete game-changer for the F-22, making it even more lethal and survivable in combat," Moga added.

"Stealth and speed, combined with an advanced electronic attack capability, allow pilots to operate with impunity while achieving their mission objectives."

The company claims that the Increment 3.1 upgrade enables the pilot to hit four different targets at a time with its eight weapons by designating two weapons each to two ground targets.

The USAF will soon implement a future Increment 3.2 upgrade divided into smaller packages known as A, B and C with plans to field the first upgraded aircraft in 2014, the second retrofit to begin in 2017 while the third is yet to be completely defined.

Powered by a F119-100 Pratt & Whitney engine, the radar-evading F-22 Raptors were barred from flying above 25,000ft in January 2011 following the crash of a jet in Alaska during a training flight as well as reports about pilots facing oxygen-related problems while flying the aircraft.

The USAF currently operates about 175 Raptors and is scheduled to receive new F-22s from Lockheed.