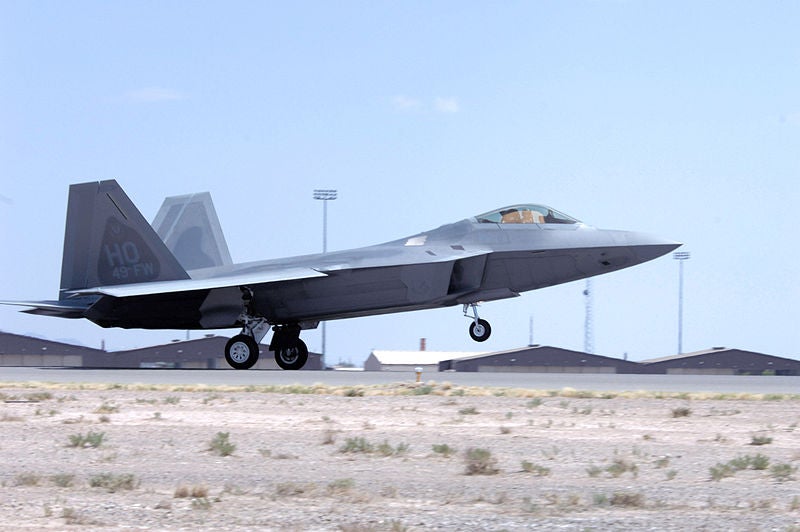 The US Air Force (USAF) has announced the deployment of several Lockheed Martin built- F-22 Raptors stealth fighter jets to an allied air base in Southwest Asia, in the wake of upcoming critical talks with Iran on proposed cuts to its controversial nuclear programme.

USAF spokesman captain Phil Ventura was quoted by Aviation News as saying that the deployment is a "regularly scheduled" activity being undertaken to strengthen military-to-military relationships, regional security and work on "tactical interoperability."

Ventura, however, declined to specify the number of aircraft and their mission for the deployment, citing operational security reasons.

According to some industry sources, the planes will operate out of Al Dhafra Air Base in the UAE, located only 800 miles from Iran.

F-22 aircraft have operated in the UAE only once for training missions in 2009 with coalition partners.

Iran has agreed to discuss its nuclear future without preconditions, and also hinted at a willingness to scale back portions of its nuclear programme in return for relief from economic sanctions at a meeting two weeks ago.

The next rounds of negotiations are scheduled to be held on 23 May 2012 in Baghdad.

The air force has also deployed the Massachusetts Air National Guard’s 104th Fighter Wing, along with 20 F-15C fighters to Southwest Asia, prior to the deployment of F-22 Raptors, according to Wired.com.

The F-22 Raptor is a twin-engine fifth-generation stealth aircraft designed primarily as an air superiority fighter, but can also be configured to conduct ground attack, electronic warfare, and signals intelligence missions.

Since declared operational in December 2005, no planes have been deployed for combat operations in Iraq, Afghanistan or in the US-led no-fly mission over Libya.