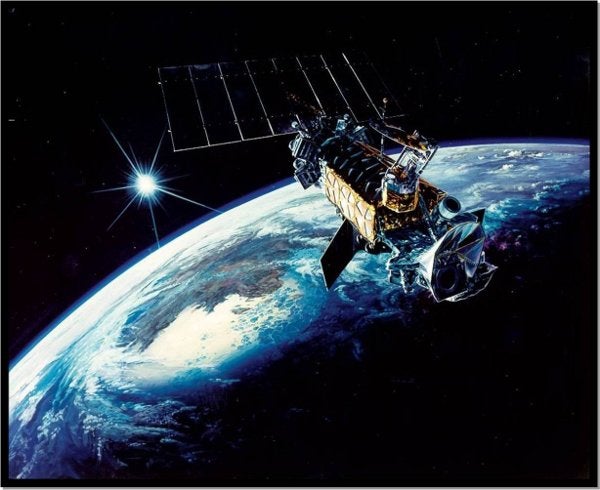 The US Air Force’s (USAF) personnel from the 50th Operations Group (50 OG) Detachment 1 command-and-control site have conducted data-link testing of the 19th Defense Meteorological Satellite Program (DMSP F-19) satellite at Schriever Air Force Base in Colorado, US. Supported by the National Oceanic and Atmospheric Administration (NOAA), spacecraft support contractors and other Department of Defense (DoD) personnel, the end-to-end testing was aimed at validating the satellite’s readiness to perform specified operations, once on orbit. 50 OG Det. 1 commander lieutenant colonel Dan Daniels said: "We want to make sure the operations control center can command the satellite, that the satellite can respond to commands, that it’s onboard data recorders can downlink test data, which is ultimately transmitted to primary users, and that its primary-user systems can receive and process the data." Delivered by Lockheed Martin in August 2013, the DMSP F-19 satellite is currently undergoing launch preparations at Vandenberg Air Force Base’s Payload Integration Test Facility in California, US. The satellite is scheduled to be launched aboard a United Launch Alliance Atlas V vehicle in April 2014.

"The satellite is scheduled to be launched aboard a United Launch Alliance Atlas V vehicle in April 2014."

Manufactured by Lockheed Martin Missiles and Space Systems, the DMSP satellite collects and provides terrestrial, space environment and Earth surface data to help the US military in the planning of operations on the ground, at sea and in the air. Besides measuring local charged particles and electromagnetic fields to assess the effect of the ionosphere on ballistic-missile early warning radar systems and long-range communications, the satellite also enables monitoring of global auroral activity and prediction of the space environment impacts on satellite operations. Commenting on the satellite, Daniel said the DMSP spacecraft delivers the only high-resolution, strike quality, guaranteed meteorological data to the DoD. "It’s one of the most critical, cross-cutting capabilities needed to ensure mission success across the spectrum of DOD operations," Daniel added. The Space and Missile Systems Center (SMC) is the concerned authority for procurement and development of DMSP satellites.

Image: An impression of the Defense Meteorological Satellite Program satellites in orbit. Photo: courtesy of Schriever.