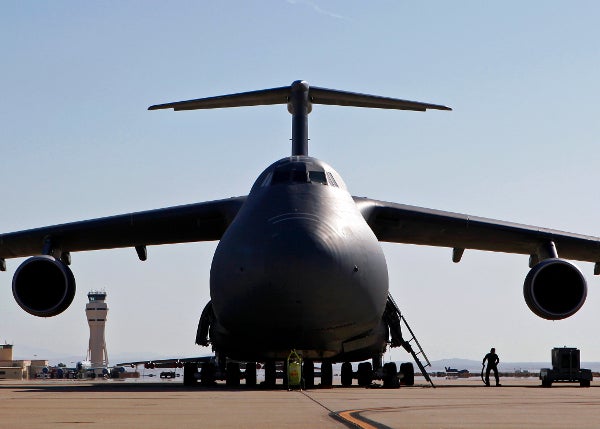 The US Air Force (USAF) is conducting flight tests of the C-5M Super Galaxy Block 3.5.2 software upgrade, which aims to rectify 72 deficiency reports (DR) that were documented during previous C-5M evaluation programmes, at Edwards Air Force Base (AFB) in California, US.

"Additionally, data from this testing will be used by the development system manager at the Air Force Life Cycle Management Center at Wright-(Patterson AFB) to generate a program assessment summary to verify the C-5M retains the navigational performance and surveillance capabilities necessary for future airspace requirements," Schaffer added.

In addition to supporting airworthiness certification of the software update, the C-5 Galaxy development system manager, C-5 Division, will use test results to support certification of readiness for operational testing, which is scheduled to be conducted by the Air Mobility Command Test and Evaluation Squadron.

With the C-5M Super Galaxy Block 3.5.2 software upgrade testing expected to be completed by the end of the month, USAF officials are planning to upgrade a total of 52 Galaxies to "Super" status by the end of 2016.

A total of 79 C-5 aircraft, including A, B and C models, have been upgraded by Lockheed Martin as part of C-5M upgrade programme, which aims to extend the platform’s service life beyond 2040.