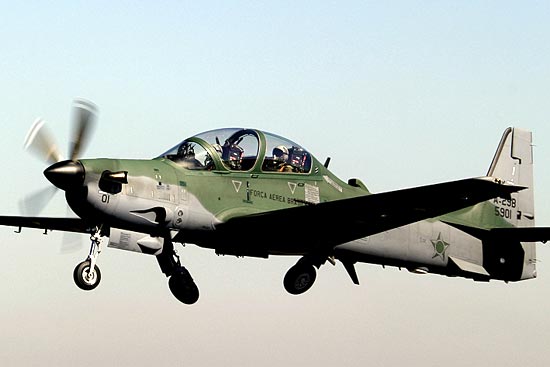 The US Air Force (USAF) has cancelled its $355m Light Support Aircraft (LAS) contract with the team of Sierra Nevada Corporation (SNC) and Embraer, citing concerns over the procurement process.

USAF secretary Michael Donley said the service was "not satisfied with the quality of the documentation supporting the award decision" and had initiated an investigation, with the first report expected on 12 March 2012.

SNC intelligence, surveillance and reconnaissance business head Taco Gilbert told Reuters that he did not expect USAF to abandon the competition entirely, despite mounting budget pressure, because the planes were required in Afghanistan.

"Our submission fully met the requirements of the USAF Request for Proposal (RFP) and we expect to win the next competition," Gilbert added.

The air force said in a statement that the decision to restart the contract award process with new rules or retain the previous rules was pending, and further added that Hawker Beechcraft would now be able to participate in the process.

Hawker Beechcraft, meanwhile, welcomed the decision and said it will compete for the contract, which is potentially worth up to $1bn, depending on the future orders.

Hawker’s AT-6 light attack aircraft was disqualified from the competition in November 2011.

The contract was eventually awarded to SNC and Embraer’s team in December 2011 for the supply of 20 AT-29 Super Tucano aircraft as well as ground training devices and support services to the Afghan Air Force by the end of April 2014.

The service also issued temporary stop-work order on the contract in January 2012 following a lawsuit filed by Hawker in the US Court of Federal Claims.