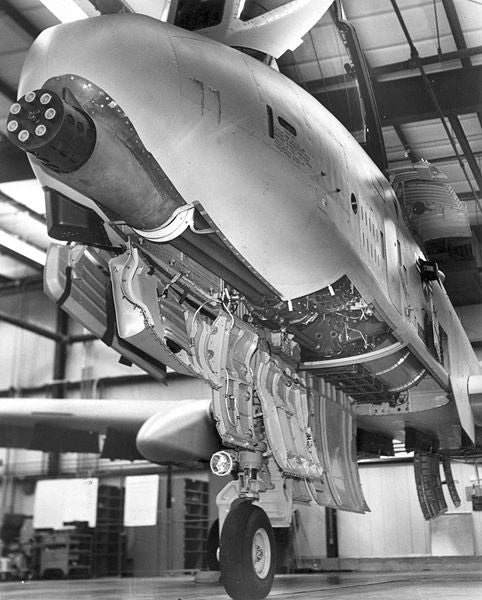 ATK has been awarded a contract for the production and delivery of 30mm tactical and target practice (TP) ammunition rounds for use on the US Air Force’s (USAF) A-10 Thunderbolt close support aircraft.

Under the $32m contract, the company will supply an undisclosed number of PGU-13 and PGU-15TP rounds for installation on the aircraft’s General Dynamics-built GAU-8/A Avenger 30mm Gatling-type cannon.

ATK Armament Systems division vice president and general manager Bruce DeWitt said the company will deliver advanced and high-quality ammunition to the USAF for use in combat and training exercises.

Employing a standard M505 fuse, the PGU-13 is a high-explosive incendiary (HEI) tactical round designed to defeat a wide-range of light armoured and material targets at extended ranges during air-to-ground and close-air support (CAS) missions.

The PGU-15/B TP provides realistic training environment for pilots by replicating exterior ballistics and also serves as a low-cost, ballistic match to the PGU-13 round.

Manufacturing work under the contract will take place at the ATK facilities at the Allegheny Ballistics Laboratory in West Virginia and New River Energetics in Radford, Virginia, US.

ATK’s Armament Systems division will be responsible for programme management, and deliveries are scheduled to start in March 2013.

Powered by two General Electric TF34-GE-100A turbofan engines, the A-10 is a high-survivability straight-wing jet aircraft designed to provide CAS for ground forces by destroying tanks, armoured vehicles and other land targets.

The aircraft was extensively used by the USAF during Operation Desert Storm, Nato operations in response to the Kosovo crisis, Operation Enduring Freedom in Afghanistan, as well as in Operation Iraqi Freedom.

Image: An inside view of the US Air Force A-10 Thunderbolt aircraft’s GAU-8 Avenger cannon. Photo: courtesy of USAF.