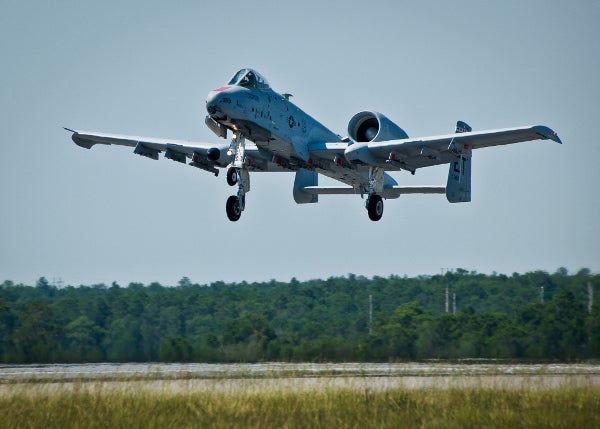 The US Air Force (USAF) conducted the first test flight of a new alcohol-to-jet (ATJ) fuel powered A-10C Thunderbolt II aircraft on 28 June 2012, at Eglin Air Force Base in Florida, US.

Powered by a mixture of the AJT and the standard Air Force JP-8 aviation fuel, the aircraft underwent a series of ground and flight tests, to validate the new fuel for fleet-wide use and as a replacement for the USAF’s existing petroleum-derived fuel.

The ground tests involved monitoring the engine performance, while the flight tests included analysis of the aircraft’s performance during controlled accelerations and operational manoeuvering.

A-10 test engineer, Joseph Rojas, said the A-10 serves as an excellent platform for testing the new fuel, as it features a segregated fuel system.

”This allows us to fly with one engine on the new fuel and the other on traditional fuel. If engine operation is normal, as with the ATJ blend, then we progress to flying with both engines on the new fuel," Rojas added.

Following the completion of all air and ground testing, the ATJ is scheduled to be approved as an official alternative fuel source for the USAF.

The ATJ is a cellulose-based aviation fuel obtained through fermentation and hydro-processing of sugars derived from wood, paper, grass, as well other cellulose materials, and is the third alternative fuel to be evaluated by the service after a Fischer-Tropsch synthetic paraffinic kerosene (SPK) and a bio-mass fuel.

According to USAF, the SPK is derived from coal and natural gas, while the bio-mass fuel is obtained from plant-oils and animal fats called hydro-processed renewable jet (HRJ).

The service has already certified the SPK blend for operational use on the aircraft, and also completed testing of the bio-mass HRJ in 2010, and is conducting a formal coordination for certification as an approved fuel agent.

The Military Rotorcraft Market in Mexico to 2025: Market Brief