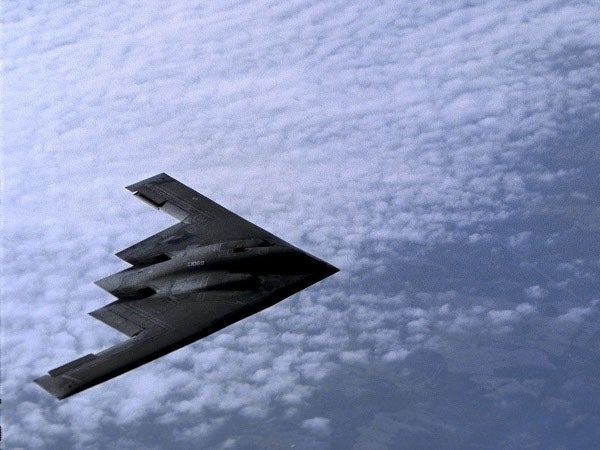 The move comes after the programme reached its milestone B authorisation in July, and covers development of the very low frequency VLF communications system, completion of full system integration, as well as testing on the aircraft.

Additional responsibilities for the contract recipients include the development of an affordable and executable manufacturing process and ensuring operational supportability.

Covering a significant new communications upgrade, the CVR Increment 1 was initially designed to be a successor to the VLF communication system that was scheduled to be integrated in the B-2’s communication package, but was deferred in 1992 due to budget constraints.

Specifically, the upgraded communication system is expected to help aircraft receive VLF signals bounced off of lower levels of the atmosphere, bypassing the military strategic tactical and relay (MILSTAR) satellite, conforming its status as a viable nuclear platform until the satellite’s replacement is deployed.

Milstar satellites, which are nearing end of their operational life, facilitate ultra-high frequency communications system that is currently used by B-2 to receive presidential force direction.

"CVR Increment 1 will provide the B-2 aircrew with another, more reliable means to receive presidential force direction through emergency action messages."

With CVR Increment 1 primarily designed for the B-Spirit, the proposed second increment is capable of expanding the system into other platforms, including the B-52 Stratofortress and the E-4B Advanced Airborne Command Post, according to Doolittle.

"Increment 2 would provide a broader set of longer-term capability upgrades across the entire airborne nuclear command, control, and communications fleet," Doolittle said, while adding that its requirements and acquisition strategies are currently under development.

The deployment of CVR Increment 1 is anticipated to commence in 2017.

Manufactured by Northrop Grumman, the B-2 Spirit is a low-observable, strategic, long-range heavy bomber designed to penetrate complex air-defence shields and deploy conventional and nuclear weapons.