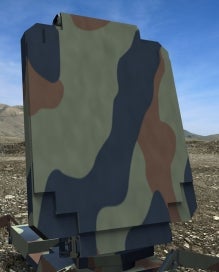 The 15-month phase contract is expected to be followed by engineering and manufacturing development (EMD) and low-rate production (LRIP) phase contracts.

”Our 3DELRR technology is mature, focused on not just performing now, but evolving and extending system life as required,” Mekker added.

A functioning full-scale system prototype was launched by the company as proof of the radar’s maturity in December 2010, which met 100% of the 3DELRR demands, such as critical extended air surveillance reach for early warning from threats including aircraft and ballistic missiles.

Work under the contract is scheduled to be carried out at the company’s facilities in Syracuse, New York, and Moorestown, New Jersey, US.

Designed to replace the USAF’s currently used AN/TPS-75 radar, the 3DELRR will be the principal long-range, ground-based sensor for detecting, identifying, tracking, and reporting aircraft and missiles at extended ranges in support of theatre commanders.

Image: The 3DELRR is expected to help USAF in detection, identification, tracking, and reporting of aerial targets. Photo: courtesy of Lockheed Martin Corporation ©.